HomeSportsFaroes got away with relatively respectful defeat against Spain
Sports

Faroes got away with relatively respectful defeat against Spain 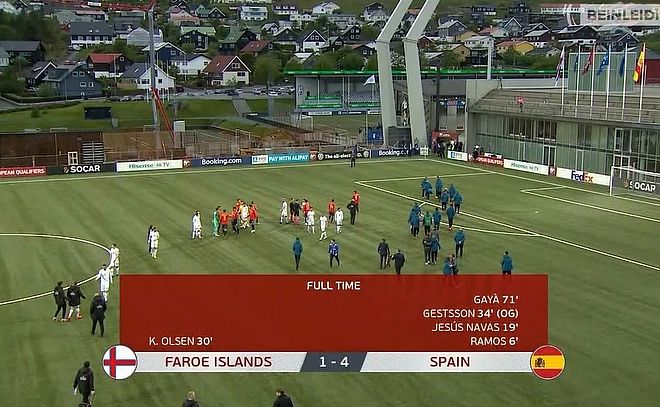 Spain went 2-0 up after 18 minutes, with goals from Sergio Ramos and Jesús Navas, and made it 3-1 after 33 minutes. Spain could have scored a few more in the opening half, but thankfully – from a Faroese point of view, obviously – they did not; arguably because they lacked real world class quality up front.

Faroese striker Klæmint Olsen scored the only goal for the Faroe Islands.

On Monday, the Faroes host Norway, while Spain take on Sweden.