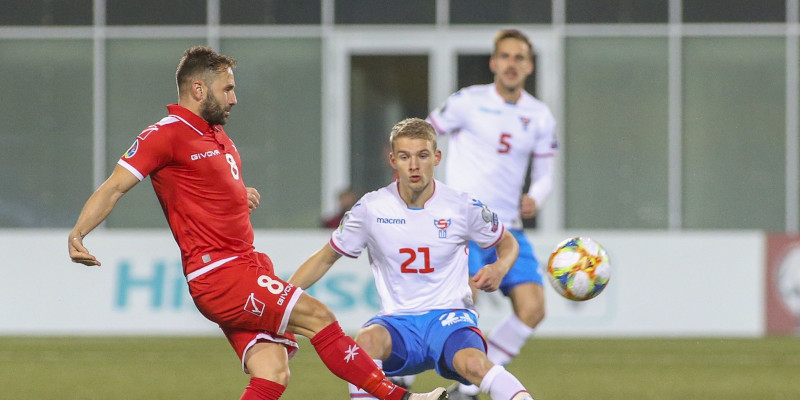 Its been 289 long days since the Faroe Islands men’s national team took to the field. 289 days which has seen global pandemics and unprecedented events, making 2020 a year like none of us have witnessed before. But one thing to get a sensation of normality back is witnessing the mighty Landsliðið play there first match of 2020 (albeit a game behind closed doors, so we have to settle to watching from the comfort of our homes!!)

Today’s opponents are a familiar sight for the Faroe Islands, with Malta facing us 4 times in the last two years alone (with 2 wins for the Faroes, 1 draw and 1 win for Malta).

But significant changes have been made since the last meeting (a 1-0 win at home for the Faroe Islands last October). We have a new manager in the form of Håkan Ericson and a new captain in talismanic midfielder Hallur Hansson (with former head coach Lars Olsen, and influential captain Atli Gregersen both stepping down). In addition, Ericson has called-up 4 uncapped players to his first squad (Dan í Soylu, Adrian Justinussen, Daniel Johansen and Kristian Joensen), as well as the emergence of Sonni Nattestad after a 2-year absence, giving the Faroese a new-look group.

Unfortunately, some of the team changes have been enforced, rather than optional ones. Key men Gilli Rólantsson Sørensen and Jóan Símun Edmundsson are unavailable due to coronavirus and injury, respectively. And vital squad players such as Kaj Leo í Bartalsstovu (quarantine restrictions in Iceland), René Shaki Joensen and Jakup Thomsen (injury) are all also missing. But on the positive side, missing players, allow other players to try and stake a claim for the first 11, so we shall see who is ready to set up!!

Akin to the Faroes, it is also all change for the Maltese squad. With Malta legend and top goalscorer Michael Mifsud absent, as well as experienced Maltese internationals such as Andrew Hogg, Paul Fenech, Alfred Effiong, Joseph Zerafa and Jonathan Caruana all not chosen. With head coach Devis Mangia preferring to go with a youthful set-up, with 7 uncapped players called-up. With the stand out uncapped player selected being French-born midfielder Teddy Teuma, who plays in the Belgium second division and recently qualified to represent through his Maltese descent, a real coup for the Malta national team.

The Euro 2020 qualifying saw a steady improvement for Malta, with the win against the Faroes being there first competitive victory in 13-years, as well as respectable displays against the likes of Norway, Romania and Spain. The emergence of younger players like Kyrian Nwoko, Joseph Mbong and Juan Corbalan has given Malta a rejuvenated side.

No international match is easy for the Faroe Islands, but the UEFA Nations League, allows real progression and competition for the national team, and Malta is the first hurdle in this challenge. Despite Malta’s improvement, a victory, especially at home, is viewed as a must for the Faroese public, with Malta languishing 74 places behind in the world rankings, combined with the excitement of a new coach in the form of Ericson, recognising that an achievable victory would be the perfect start to his tenure.

The Under-21s recorded an impressive 3-1 victory against Israel last night, can the senior side follow suit?