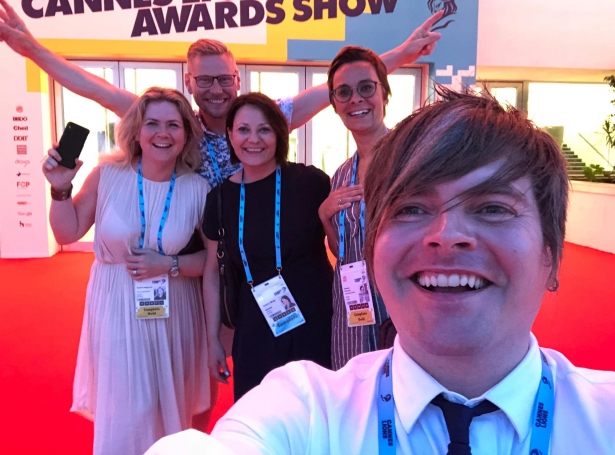 The Cannes Festival of Creativity, held in June every year, is considered the largest gathering of worldwide advertising professionals, designers, digital innovators and marketers. The ‘Marketing World Cup’, if you will.

The national airline of the Faroe Islands, Atlantic Airways, and Visit Faroe Islands, the Faroese Destination Marketing Organisation, were behind the campaign. They were obviously thrilled to scoop the awards.

Guðrið Højgaard, Director at Visit Faroe Islands, said: “To win a Cannes Lion once is something special, but to win two years in a row is unthinkable. This is a fantastic honour. We’re pleased that the campaign served its purpose in increasing people’s awareness about the Faroe Islands as a country and travel destination. A massive ‘thank you’ to all Faroe Islanders who volunteered to translate.”

With a budget of only EUR 215,000, Faroe Islands Translate generated an estimated PR value of 26 MEUR. Over 1.3 m translation requests from 181 different countries were made, with 41% of the Faroese population volunteering to part in the campaign.

Visit Faroe Islands’ and Atlantic Airways’ new campaign built on last year’s highly successful Google Sheep View campaign, where the Faroe Islands got Google’s attention by strapping cameras to the back of sheep and creating their own version of Google Street View. The Google Sheep View campaign resulted in a significant increase in visitors to the Faroes. It solved one challenge, but created a new one. Visitors like to learn a bit of the local language and many people use Google Translate. But Faroese isn’t on Google Translate. That’s where Faroe Islands Translate came in.

People from anywhere in the world could visit www.faroeislandstranslate.com and ask for a translation. A random Faroese volunteer would respond by taking a live video translation, enabling the person requesting the translation to see and hear a local translation.

Previous article
Opinion: General racism is accepted in the Faroe Islands and we as foreigners have a tendency to just live with it
Next article
Faroese scenery in Vogue