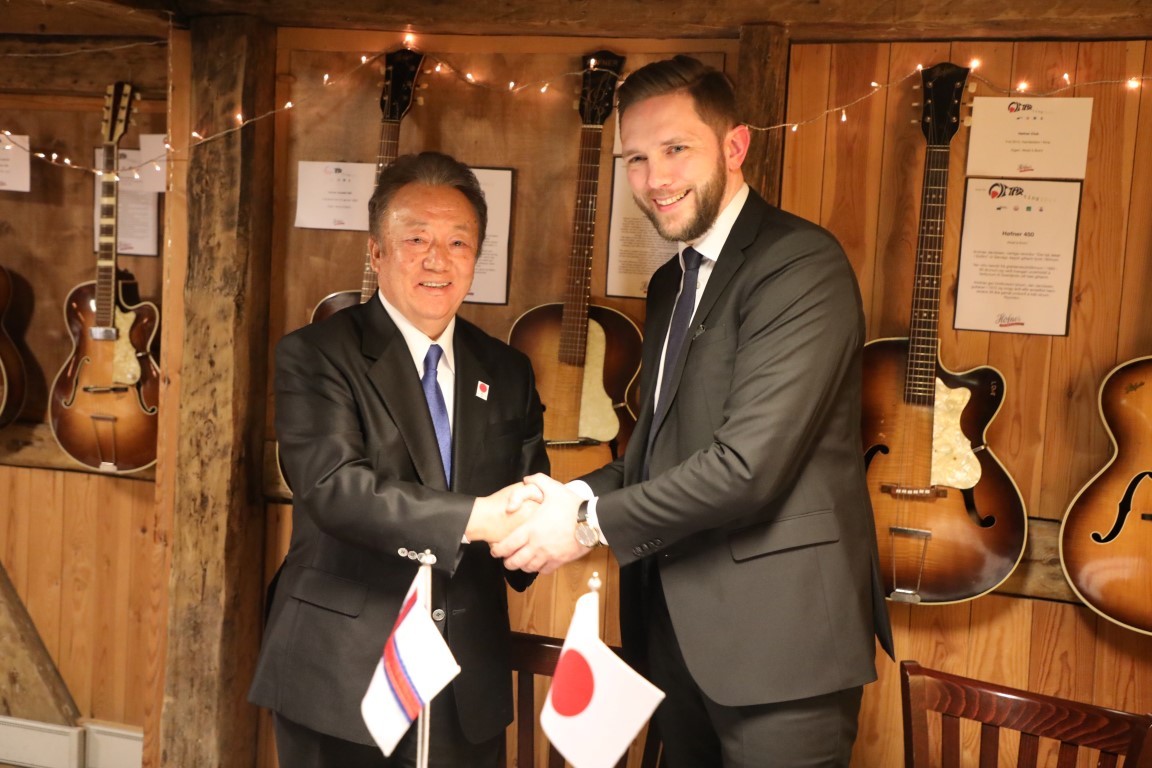 Last Friday Jógvan Skorheim and Kazutaka Sangen, the mayors of Klaksvík and Taiji respectively, signed a so-called friends agreement between the two municipalities.

According to Klaksvik.fo the agreement between Klaksvík and Taiji emphasises that the parties involved wish to cooperate on various matters – industrial, cultural as well as educational matters.

Kazutaka Sangen and his entourage visited in Klaksvík last Friday. There they had a guided tour at the local brewery, Føroya Bjór, and the new smolt farm north of Klaksvík, which is owned by Bakkafrost.

Later on in the evening they dined with the town councillors of Klaksvík. On this particular occasion Mr. Skorheim and Mr. Sangen signed the friends agreement.

Mr. Sangen and his entourage left the Faroe Islands on Saturday