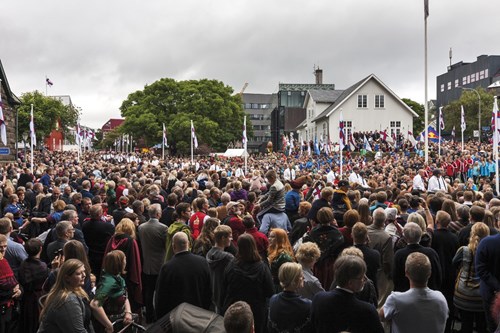 On 1 April, the Faroes had a population of 50,778, an increase of 789 compared with 1 April last year, according to new population estimates released this week by Hagstova Føroya (Statistics Faroe Islands).

Hagstova Føroya points out that natural growth – more births than deaths – of 213 and net international migration of 576 contributed to the increase.

All main regions in the Faroe Islands, except for the island of Sandoy, had a population growth. Eysturoy saw the highest relative growth, with 2.3%.

Since 2013, the Faroe Islands have seen an increase population and in April 2017 the Faroese population reached an all time high when the population passed 50.000. The growth is primarily caused by more expats returning to the Faroe Islands, fewer people moving away and a growing number of children being born. In the last few years, women have accounted for the majority of the rise in population.

Hagstova Føroya states, according to Kvf.fo, that ”Net migration figures have risen significantly. The number of immigrants increased for the fifth year running, and the number of people emigrating is at its lowest since 1980.”

Previous articleLove is…40 meters above sea level: Dutch couple wed in beautiful ceremony at Vágar Island’s famous Trælanípan
Next articleCaravan flips on its side during high winds