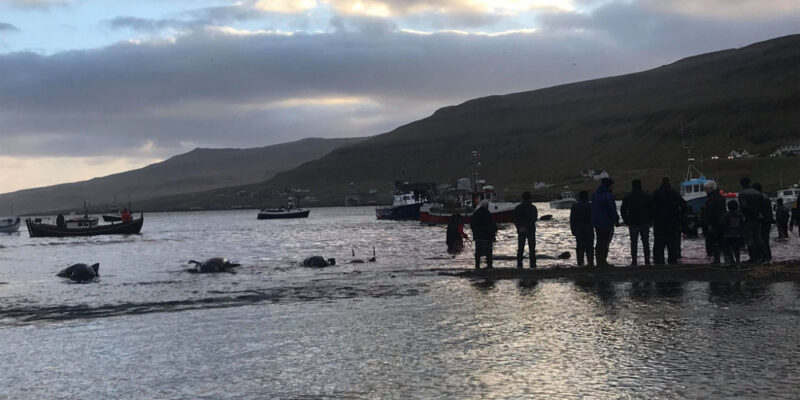 People on the island of Suðuroy got the perfect New Year’s gift today as 70 pilot whales were killed in the village of Tvøroyri this afternoon.

It is very rare that whale killings take place in the Faroe Islands in January, never mind on New Year’s Day.

The last time a whale killing took place in the Faroe Islands in the month of January was back in 2009 – 5 January 2009 in the village of Hvannasund -, and the last time the practice took place on New Year’s Day was back in 1943, when 121 pilot whales were killed in Tórshavn.

Today‘s haul will be shared among residents in the villages of Tvøroyri, Hov, Porkeri and Sumba.