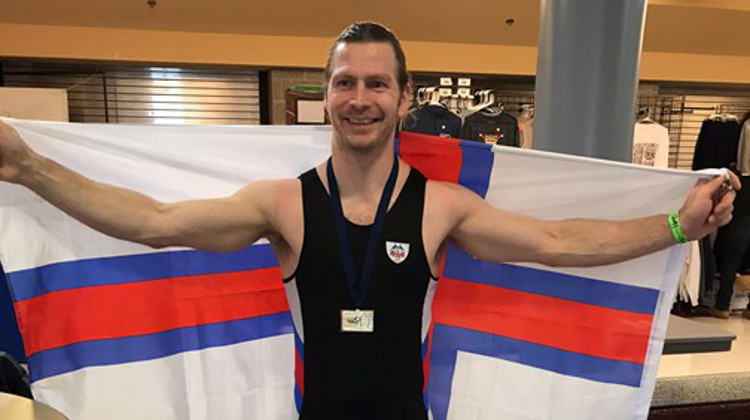 Jens Kristian Dam from Tórshavn has won gold at the World Rowing Indoor Championships, held in Virginia, USA, on 18 February.

42-year-old Jens Kristian competed in the men’s lightweight category, ages 40 to 49, and it took him six minutes and 39 seconds to row 2000 metres.

“It’s a great feeling to win,” says Jens Kristian. “This has been a goal of mine for five years. I did not know how far I could go, but it’s been on my mind all these years.”

Although Jens Kristian finished in first place at the championships in Virginia, his finishing time was slower than normal.

“As rowers, you are always competing against your own personal times,” he says. “The first 1000 metres went according to plan, but the last 1000 metres did not go quite as I thought they would. I have previously rowed quite a lot faster than I did, but, fortunately, it was enough to secure first place this time.”

Jens Kristian would like to compete in international competitions again.

“If the opportunity arises, and if I can continue to motivate myself and to get better finishing times, then I plan on competing in other races.”

The Faroese Rowing Association chose six Faroese rowers to compete at the indoor rowing championships in the USA. Ingebjørg Thomsen won a bronze medal in the women’s lightweight category, ages 30 to 39.

Despite the massive popularity of football and handball, rowing is actually the national sport of the Faroe Islands. There are seven outdoor rowing races, held individually at regional village festivals. The final race is held during the national holiday, Ólavsøka, in late July. Outdoor rowers use traditional open Faroese boats, ranging from six to ten oars, with races ranging in distance from 1000 to 2000 metres. The rowing season is short, from around early June to late July, but rowers train for many months leading up to the first competition.

Previous articlePicture gallery: Lea close to tears after FMA win
Next articleTwo men die in separate tragedies over the weekend