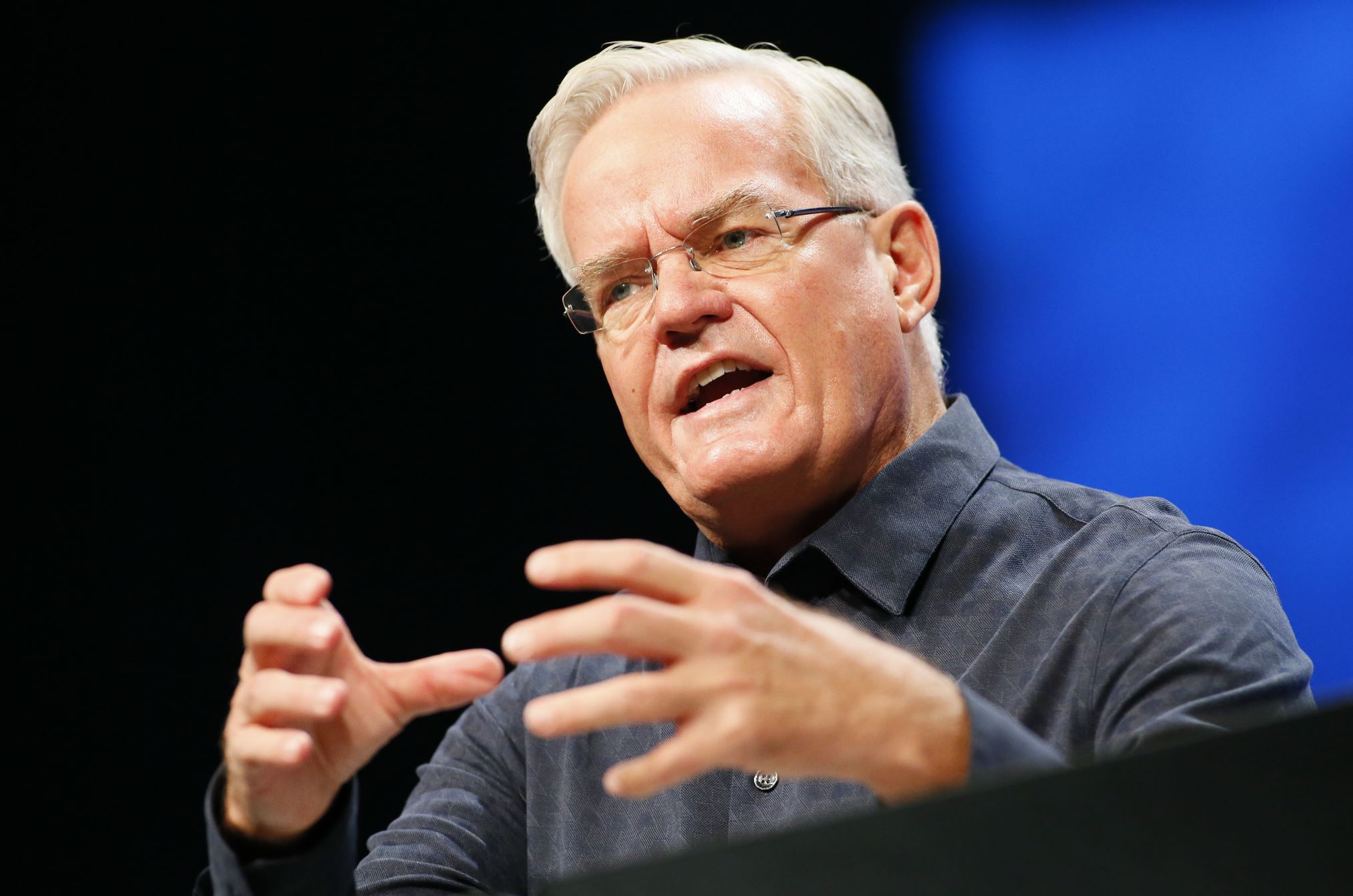 The Christian community in the Faroe Islands is shell-shocked after it was revealed earlier this month that famous American pastor Bill Hybels – who has visited the Faroe Islands at least twice to attend the Global Leadership Summit, which has been held in the country since 2008 – has been accused of misconduct toward several women.

New York Times told the story of Pat Baranowski, who in the 1980s was the executive assistant to the Rev. Bill Hybels at the Willow Creek Community Church, one of the largest megachurches in the US.

According to Ms. Baranowski, Rev. Hybels  sexually harassed her on numerous occasions.

Ms. Baranowski is not the first to accuse Mr. Hybels of wrongdoing, though her charges are more serious than what has been reported before.

In March, The Chicago Tribune and Christianity Today reported that Mr. Hybels had been accused by several other women, including co-workers and a congregant, of inappropriate behavior that dated back decades. The allegations included lingering hugs, invitations to hotel rooms, comments about looks and an unwanted kiss.

The accusations did not immediately result in consequences for Mr. Hybels, but in in April Mr. Hybels announced to the congregation he would accelerate his planned retirement by six months and step aside immediately for the good of the church.

Earlier this month lead pastor Steve Carter quit over the church’s handling of the issue.

According to Christian Today, Missy Rasmussen, one of nine elders, told a church meeting last week: ‘These painful and troubling events have scarred these women, their families, and tarnished our church.’

She said the board had not responded appropriately to the women’s allegations and asked ‘forgiveness from God, our congregation, the women, their advocates, and those who have been calling us to repent’.

Rev. Hybels visited the Faroe Islands in January and spoke to a congregation at The Nordic House as part of the GLO 2018. The organizers of the event wrote beforehand: “…Rev. Hybels, the founder of Willow Creek in Chicago, who once again will give us inspiration and practical advice on leadership.”

William Hybels is the founding and former senior pastor of Willow Creek Community Church in South Barrington, Illinois, one of the most attended churches in North America, with an average attendance of nearly 24,000 as of 2011. He is the founder of the Willow Creek Association and creator of the Global Leadership Summit. Hybels is also an author of a number of Christian  books, especially on the subject of Christian leadership.

Previous articleFaroese ministers insist there is oil out there as oil companies concede there is not enough oil out there to justify commercial production
Next article“Whaling is a natural part of Faroese life. It is neither ritualistic nor frivolous,” proclaim Faroese authorities