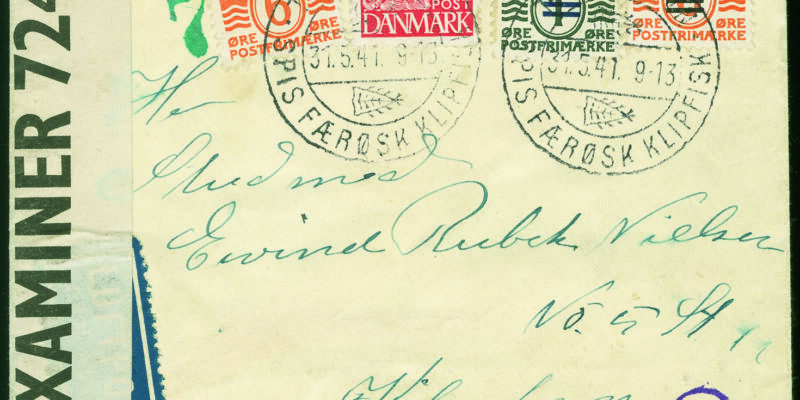 A new collection documenting the early days of written communication of the Faroe Islands will be detailed to its single covers and sold through auction on March 21 in the German city of Wiesbaden, says Heinrich Köhler Auction House, Germany’s oldest stamp and postal history auction house, in a press release today.

Heinrich Köhler Auction House states that the collection which was formed by Geoffrey Noer from California – Noer lived in the Faroe Islands for a year and fell in love with the country – “is the most important and exciting collection of the Faroe Islands containing rare and unique items from 1751 to 1948”.

Heinrich Köhler Auction House points out that the Geoffrey Noer’s collection has received the highest possible international awards at competition exhibitions and that it includes countless items that are museum worthy.

The famous German auction house, which has organised 365 auctions since 1913, adds that it has also published a book on Noer’s “astonishing postal history collection” called “Faroe Islands – Postal History 1751-1948 – The Geoffrey Noer Collection”.

The hard bound book includes a biography of the collector, an introduction to the collectible field and depicts all items in their original size of this award winning historical collection on pages larger than A4.