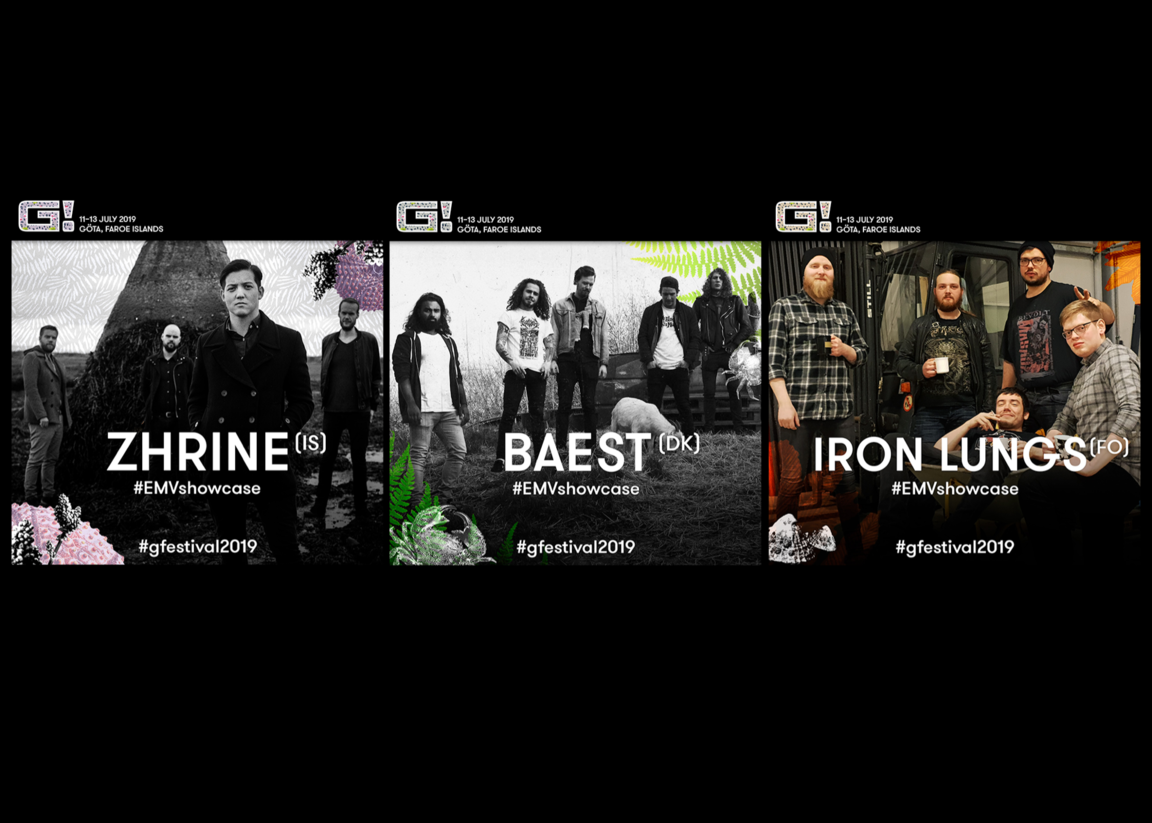 Always forward-thinking, G! Festival has hosted several metal headlining acts such as Meshuggah, The Haunted, Arch Enemy and At The Gates.

It’s with great excitement that we announce the arrival of Baest, Denmark’s new flagship of death metal, Zhrine, Iceland’s most promising black/death metal entity, and Iron Lungs, exclusive providers of Faroese Math-Art-Core. “I wanted to present varied line-up. I think with the current world climate, having your own identity is important. It’s a great combination of styles; the raw, death metal havoc of Baest, the immersive blackened dissonance of Zhrine and the cartoonish lunacy of local daredevils Iron Lungs! These bands compliment and contrast each other to full extent.”

Having the event in such a unique venue as Fjósið, gives it a much needed simple yet special character. It’s a small venue, an ancient stall in the past, well over a century old, with a capacity of around 120 people when packed. “Performance intensity is vital as well. Placing these bands into the intimate space and raw concrete walls of this age-old place, there’s bound to be an electrifying atmosphere! I think it’s useful to be transported into a space that’s a bit out of the conventional norms.”

EMV is the blogspace and metal alias of ceaseless music scholar Fróði Tórálvsson Stenberg, a music enthusiast and metal devotee since his distant, blazing creation. Having an immense portfolio of reviews, interviews and articles at various online medias as well as print, and diversified experiences in local and international music work, this mortal of Faroese origin has never touched an instrument himself, well… except the violin and the almighty air
guitar.

“Extreme Metal Voyager Presents” will take place on the first day of G! Festival 2019, Thursday in Fjósið, securing a proper blastoff. “Identity and intensity. Be there! There is no try.”

Previous articleFree no more, dear tourist! It will now cost 67 USD to hike from Miðvágur to Trælanípan
Next articleChanges on Route 90 (Tórshavn-Nólsoy)