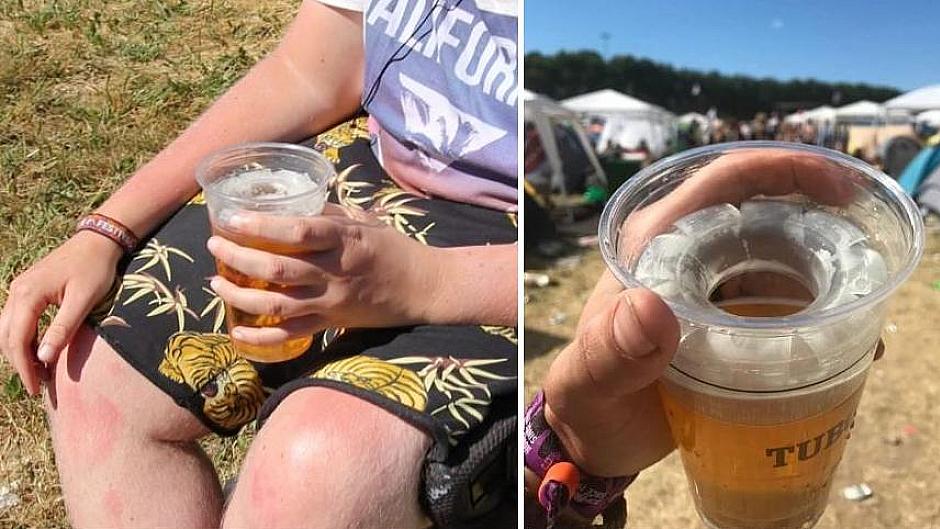 You probably know the feeling. You’re standing at a festival in the midst of a crowd, enjoying a concert with a plastic cup in your hand. The sun is shining and you’re about to take a big sip to quench your thirst. Before you know it, your cup is empty. You’ve spilled your drink, either because you couldn’t resist jumping to the tunes or the person next to you couldn’t resist jumping to the tunes. A new product is currently being developed that would solve this problem.

Faroese civil engineering student, Laila S. Midjord, has designed the product together with four other students at DTU University in Copenhagen. They were given the task to solve a problem with the title ‘People with handicaps at festivals and concerts’.

“We were asked to think of solution that would enhance this group’s experiences at festivals and concerts,” says Laila. “One idea turned into another and we ended up with DrinkSaver. The more we worked on the product, the more we realised that we were solving a problem for others, too. Not only people with handicaps but also those without handicaps and those with Parkinson’s disease, for example. DrinkSaver developed into a much bigger product that we initially intended.”

Laila and her group were asked to present their idea to investors.

“The response we received was amazing and people urged us to continue developing the product,” Laila recalls. “That really opened our eyes to the possibilities and we decided to continue working on it.”

The group are currently in the process of raising money to finance the product. An investor that specialises in products for people with handicaps has shown great interest and discussions have started.

“Finding investors will allow us to continue developing the product,” she says. “We hope DrinkSaver will be used as festivals in 2019.”

Films that demonstrate how DrinkSaver works can be viewed on their Facebook page.

Words: Levi Hanssen
This article was originally posted on: Faroeislands.fo