HomePoliticsDenmark's Social Democratic Party leader open to the idea of the Faroe...
Politics 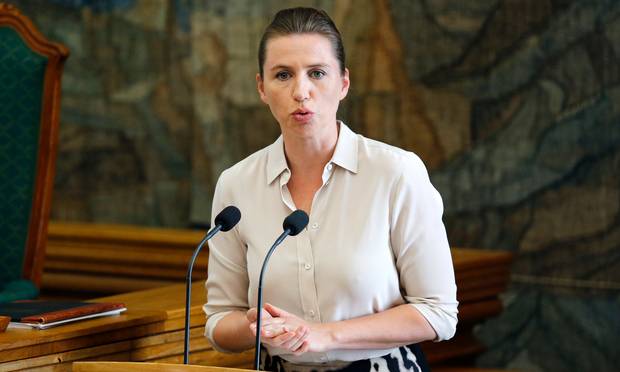 The party leader of the Danish Social Democrats, Mette Frederiksen, has surprisingly declared – in stark contrast to her more conservative predecessors – that she is open to the idea of Greenland and the Faroe Islands breaking away from Denmark.

In journalist Martin Breum’s new book ”Hvis Grønland river sig løs” (”If Greenland breaks away”), Frederiksen states that she will seek to renew relations with Greenland if she becomes prime minister one day. She also points out that she does not want to rule out a dissolution of the community of the realm (i.e. the current union between Denmark, the Faroe Islands and Greenland).

40-year-old Frederiksen is not the only liberal voice in Denmark when it comes to this matter. The Danish ambassador in India, Peter Taksøe-Jensen, also encourages changes to the community of the realm.

Jensen wants Denmark, the Faroes and Greenland to be placed on an equal footing. This means that Greenland and the Faroes can take charge of any portfolios they want, while also having the opportunity to become members of organisations such as the United Nations.

However, Denmark, Greenland and the Faroes would still be united in areas such as the royal house, currency as well as defence.

Martin Breum, who is a well-known Danish journalist, does not expect to see the Faroe Islands or Greenland breaking away from Denmark any time soon, but he does believe it is likely that there will be changes to the community of the realm, writes Kvf.fo.

These days the current Faroese coalition is busy drafting a constitution, while Greenland has appointed a minister of independence for the first time in it´s history.

At present, the islanders are about evenly split between those favouring independence and those who prefer to continue as a part of the Kingdom of Denmark. Within both camps there is a wide range of opinions. Of those who favour independence, some are in favour of an immediate unilateral declaration of independence. Others see it as something to be attained gradually and with the full consent of the Danish government and the Danish nation. In the unionist camp there are also many who foresee and welcome a gradual increase in autonomy even while strong ties with Denmark are maintained.