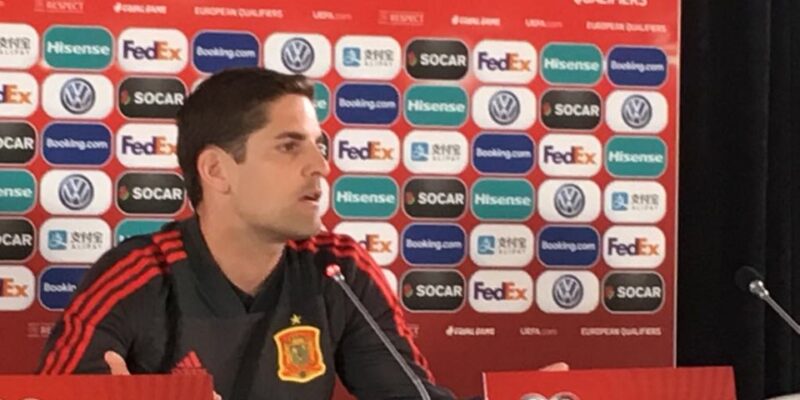 Moreno spoke to the press on Thursday ahead of the Euro 2020 qualifier and answered questions about De Gea’s recent poor form for Manchester United.

This correspondent asked Moreno whether he was concerned by de Gea’s form slump.

Moreno appeared to suggest that Kepa Arrizabalaga could start the game against the minnows. He stated that he is not concerned about “the players”, but also pointed out “that we have Kepa (Arrizabalaga)”.

“Some players played in their domestic leagues until two weeks ago, while others played until four weeks ago. But no, we are not concerned about the players. We have Kepa (Arrizabalaga), and we have had this week to train and prepare for the game,” said Moreno.

He elaborated: “The coaching staff assesses carefully how the players – including the goalkeepers – are doing in training. And we also discuss the situation with Luis Enrique (the national team coach who is currently absent due to family reasons).”

David de Gea’s last start for Manchester United was against Cardiff City (a 0-2 defeat) on May 12, while Kepa Arrizabalaga started the Europa League final against Arsenal last Wednesday.

Moreno furthermore maintained that the artificial pitch they will play on against the Faroe Islands on Friday should have no bearing on the final result.

“We haven’t trained on that surface because there’s a higher risk of injury,” Moreno said when asked about the artificial pitch.

“We don’t think it’s an excuse to not get a good result tomorrow.”