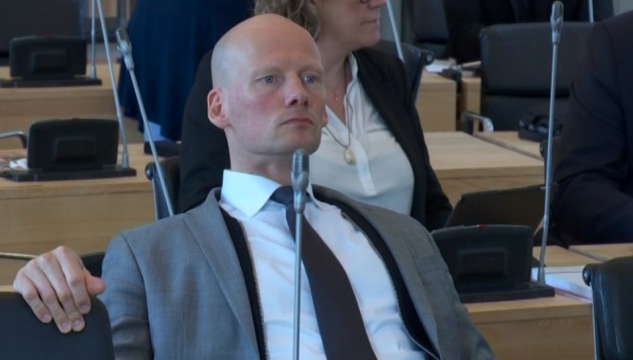 Bjarni Hammer, a member of the Faroese parliament for the Social Democratic Party, is reportedly being investigated by the police as part of an investigation of drug dealing, several Faroese media outlets reported yesterday.

On Wednesday, Faroese news site VP broke the news that a member of the Faroese parliament had been questioned by the police over drug dealing. VP wrote that police officers from Denmark had been in the Faroe Islands to question the parliament member.

Mr. Hammer denies drug dealer allegations but he verifies that he was indeed questioned by two Danish police officers two weeks ago “about something that supposedly happened in Tórshavn several years ago”.

He told Faroese news site VP that: ”I was questioned (by the police) but it was nothing more than that. Neither as an accused in a proceeding, nor with the rights of persons accused – about something that supposedly happened in Tórshavn several years ago at a friend’s 40th birthday, where someone had mentioned that I had sold drugs. I did not know anything about the incident. Hence, it was only a brief conversation with the Danish police officers. As far as I know they left the country the next day”.

Mr. Hammer also told VP that he feels that the rumours linking him to drug dealing have been fuelled by political opponents.

– I feel that these rumours have something to do with the political situation in Tvøroyri (the village where he comes from in the southern part of the Faroe Islands), said Hammer in an interview with R7, a Faroese radio station.

Moreover, Hammer said to VP that: ”I also want to announce that I have never sold drugs to anyone. Needless to say, I have been under great pressure lately. These rumours commenced in November last year and I have kept Prime Minister Johannesen (who is also a member of the Faroese Social Democratic Party) informed about the situation this entire time”.

Mr. Hammer, who has been a member of the Faroese parliament since September 2015, is also a police officer.