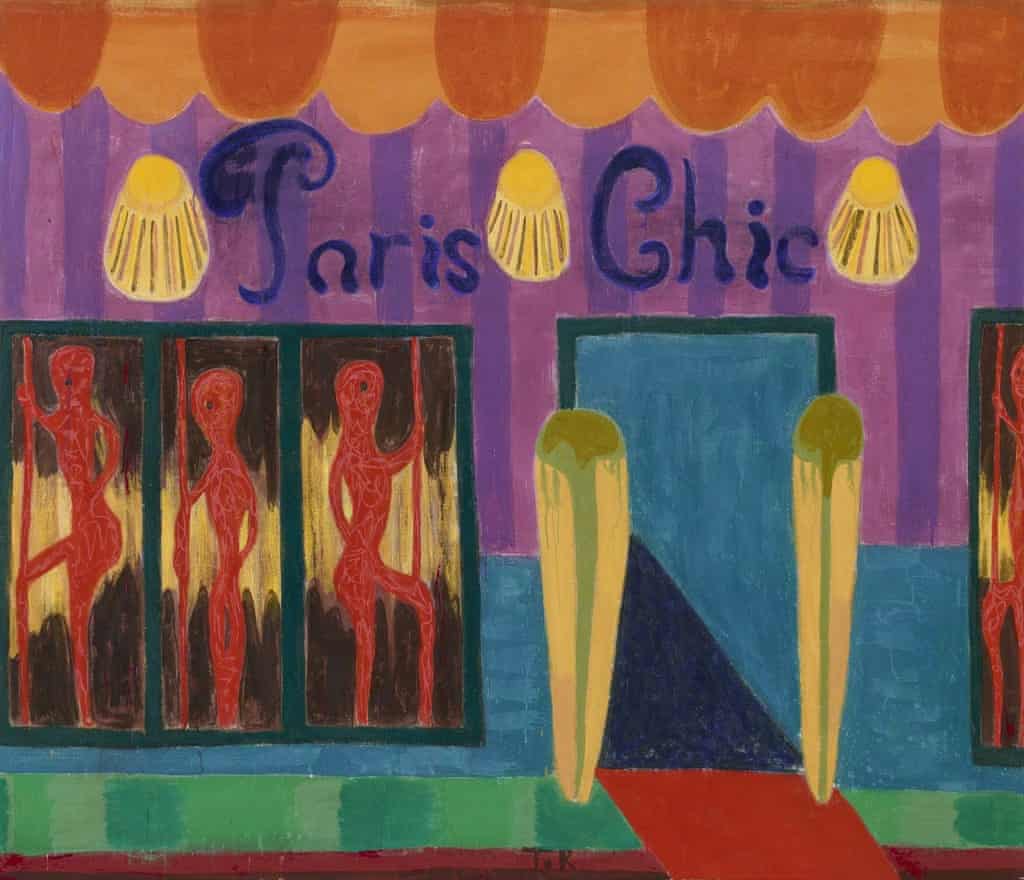 Copenhagen-based artist Tal R has won an injunction against a pair of Faroe Islanders who wanted to cut up one of his paintings and use the canvas to make decorative faces for their line of designer wristwatches, writes The Guardian.

Dann Thorleifsson and Arne Leivsgard, who five years ago founded the watch company Kankse, had purchased Paris Chic, one of Tal R’s brightly coloured Sexshops series, for £70,000 at the Victoria Miro Gallery in London in August.

Copenhagen’s maritime and commercial court ruled in favour of Tal R, forbidding the duo from going ahead with their project and ordering them to pay 31,550 Danish kroner (£3,600) in legal costs, arguing that as the scheme was an alternation rather than a destruction of the work, it contravened copyright law.