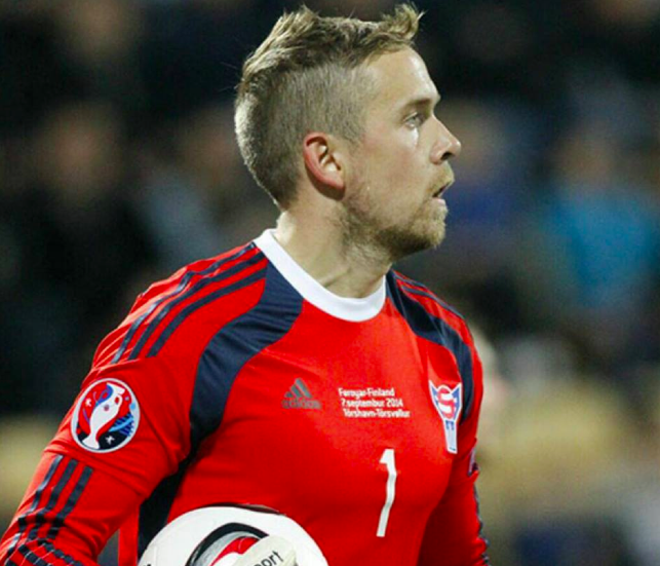 The Faroese supporters were confident going into the home fixture against Azerbaijan.

Football pundits and experts knew it would not be an easy match for the Faroe Islands, but scoring a victory over Azerbaijan was definitely a possibility.

Instead it turned out to be a disaster for the Faroe Islands in front of the home supporters in Torshavn as Azerbaijan came away with a 3-0 victory.

By looking at the score it is easy to say that Azerbaijan dominated. But the Faroes had more attempts on goal, more corner kicks, and more possession.

The Faroes had chances to score but were unable to capitalize.

As for Azerbaijan, the plan worked to perfection in burning the Faroes on counter attacks with goals from Richard Almeida and Dimitrij Nazarov.

Almeida put on the finishing touches with his second of the night when he converted from the penalty spot in the 86th minute.

Faroese journalist Sigurjon Einarsson believes that a change needs to take place at the goalkeeping position with Gunnar Nielsen due to the questionable goals conceded.

But it is highly unlikely that manager Lars Olsen will go with domestic-based keepers Teitur Gestsson or Kristian Joensen, in which the former has three caps and the latter has yet to feature for the Faroe Islands.

The 3-0 defeat to Azerbaijan is extremely disappointing and now it feels as if the momentum is lost.

But the fact is that the Faroe Islands don’t have time to dwell on the bad because next up is another home fixture against Kosovo on 14 October.

It is hard to envision the Faroes defeating Kosovo. But I don’t think tinkering with the lineup is a good idea for Lars Olsen.

Instead, he needs to instill confidence in his players by telling them to play hard because it will be the last competitive home match until Euro 2020 qualifiers.