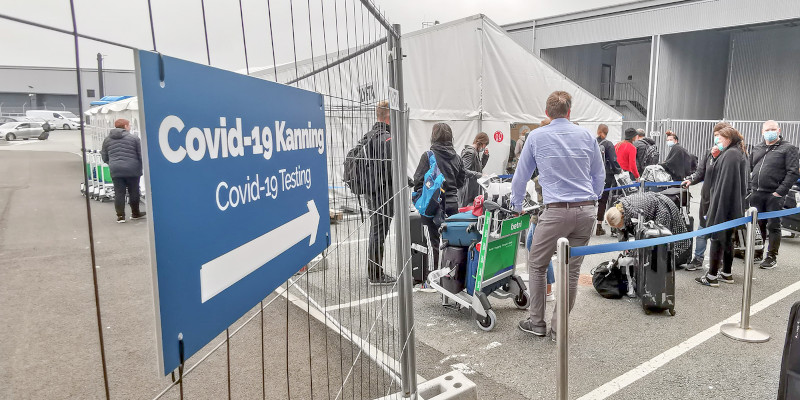 On Sunday, the official number of confirmed cases in the Faroe Islands went from 188 to 191, after three travellers tested positive this weekend.

According to the Ministry of Health, the travellers in question are a family from a foreign country who arrived at Vágar Airport on Saturday. They have all been placed in isolation.

It has been exactly two weeks since the last case in the Faroe Islands was announced, a traveller who arrived via Vágar Airport on 4 July. It turned out, however, that it was an old infection, and the traveller was declared healthy two days later.

The first case of COVID-19 was discovered on 3 March. Before this weekend, no active cases had been discovered in the Faroe Islands since 22 April, and still, no one has contracted the virus on Faroese soil since 6 April.