HomeBusinessCOVID-19 forces Hotel Hafnia to get creative: Hotel rooms are now being...
Business

COVID-19 forces Hotel Hafnia to get creative: Hotel rooms are now being uses as office spaces 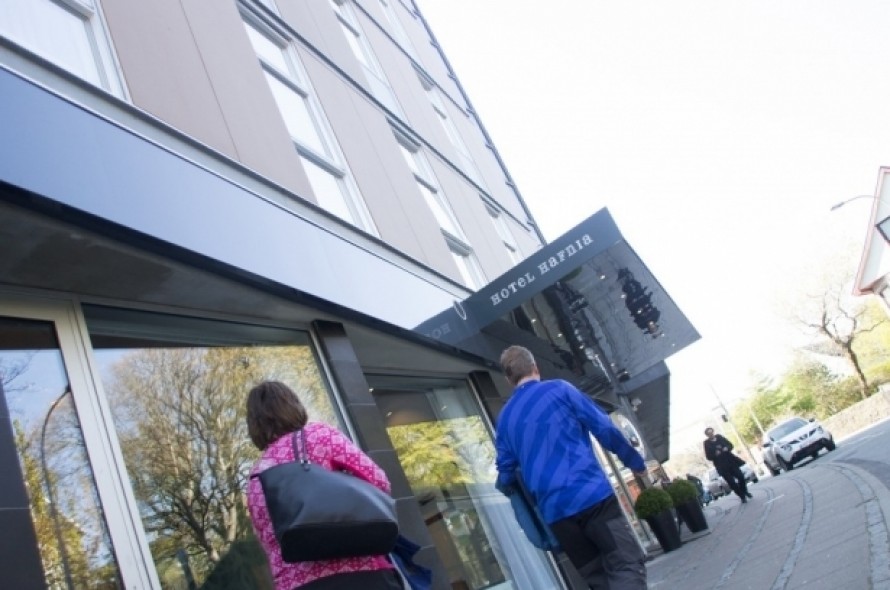 The current crisis caused by the outbreak of COVID-19 has forced many businesses to think outside the box and come up with new ways to secure their survival during this time.

Miklagarður, the biggest grocery store in the Faroe Islands, is now offering to deliver people’s groceries directly to their doorstep. Most of the other stores in the SMS shopping mall in Tórshavn, where Miklagarður is located, have done the same, while mailmen are now delivering takeout as well as mail.

Hotel Hafnia in Tórshavn has also adapted to the current crisis, which has been particularly hard on the tourism industry. They are now offering people to book a room during the day to use as their home office.

Last week, Pætur Trónd Thomsen, general manager of Hotel Hafnia, told Hvat.fo that this new service allows people, who’ve been working from home for the past couple of weeks, to get out during the day.

– Hotels in the Faroe Islands have been more or less empty these past few weeks, ours included. Hence we have to think outside the box. We’ve seen a need and reacted to it, with the circumstances being what they are. There are people with kids at home who might want to get out for a couple of hours to work in peace. And it seems, we were right, because we’ve already gotten several requests from people interested in this new service, he said.

Previous articleCOVID-19: Another day with no new cases
Next articleSchools to partially reopen in two weeks – Sports will be back in May