COVID-19: 88 cases confirmed in the Faroe Islands this week 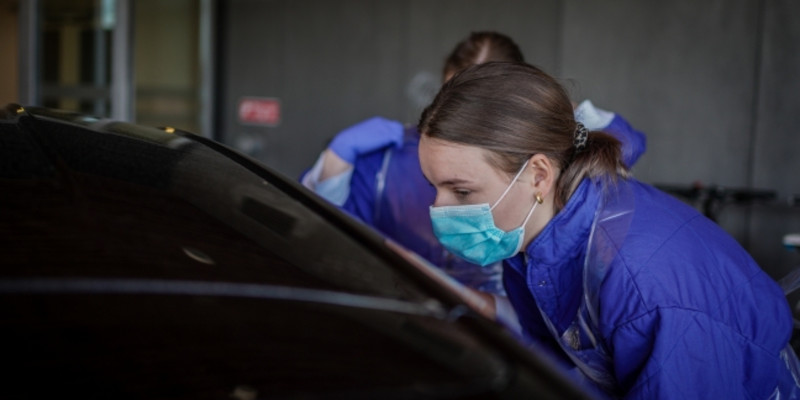 Since 4 August, a total of 88 COVID-19 cases have been registered in the Faroe Islands.

At the same time the country has registered a record number of cases, a record number of tests have also been conducted. Due to the increased number of tests, it can also take several days for people to get their result. On Monday morning, the last results from Friday’s testing were announced. Of the 4.521 tests, which were conducted that day, 11 were positive. Hundreds of people who were tested this weekend are still awaiting their result.

As of Monday evening, a total of 313 cases have been registered in the Faroe Islands, and 225 have recovered from the infection. On Monday, an additional ten recoveries were announced – foreign sailors from one of the ships who were docked in Klaksvík before ólavsøka. According to the Ministry of Health, all 88 people who’re currently infected are Faroese citizens.

Some cases are untraceable

Last week, chief medical officer, Lars Fodgaard Møller said that there was one single chain of infection, but lately, new cases have been discovered, which he has been unable to trace.

In these cases, people suspect they contracted the virus on ólavsøka, he tells Kringvarp Føroya, adding that the people he’s been in contact with don’t seem to have many symptoms. On the other hand, the incubation period is shorter this time around than it was during the first wave in the spring. This suggests that although the virus is now spreading faster, it is also milder.

Lars Fodgaard Møller thinks that the virus came to the country before ólavsøka, where it spread at private social gatherings.

Foreigners who’ve tested positive in the Faroe Islands haven’t passed on the infection to anyone else, hence it is clear that the virus is spreading among Faroese natives.

A few cases have also been discovered when companies have tested their employees. Two such cases have been discovered so far, but neither of them have any symptoms. The virus has also entered establishments, where it poses a serious risk, which is also a situation new to the Faroe Islands.

It is clear, that the Faroe Islands are dealing with an active, fast and dangerous virus outbreak, the chief medical officer says, adding that it is not the places of work or tourists, who are the real danger but social gatherings.

More than 57.000 tests have been conducted in the Faroe Islands, and more than 900 people are quarantined. No one is currently hospitalized with COVID-19.