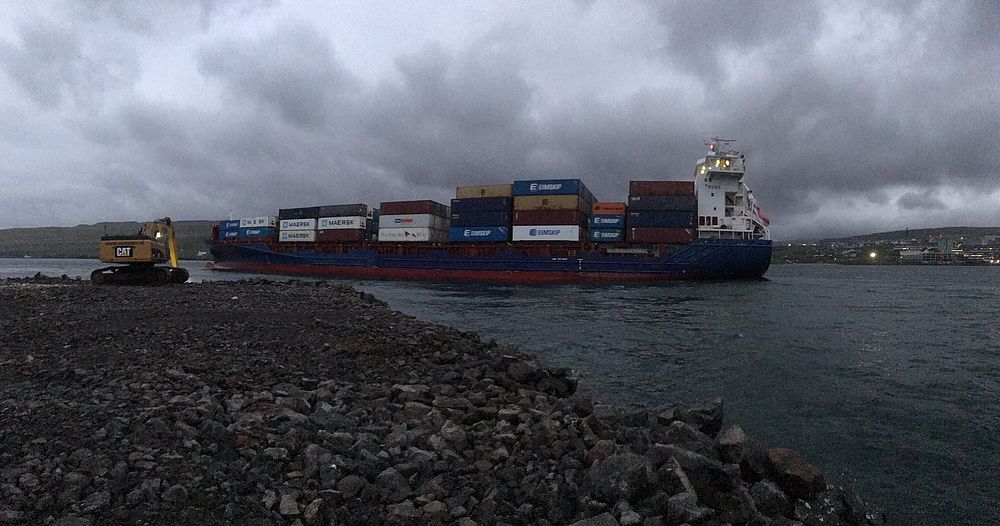 Kvf.fo points out that ”it remains unclear why Perseus – which came from Iceland – made contact with the rubble mound breakwater.”

The ship was pulled free shortly after midnight, writes Portal.fo.

Previous article
“We have asked them to make this cultural sacrifice,” states Dr. Weihe who finds it problematic for the health of the Faroese to eat pilot whales
Next article
We are needed, but we are not wanted?