HomeEntertainment"Climbing Cape Enniberg was a genuinely dangerous climb," admits Pearson in an...
Entertainment

“Climbing Cape Enniberg was a genuinely dangerous climb,” admits Pearson in an interview with National Geographic 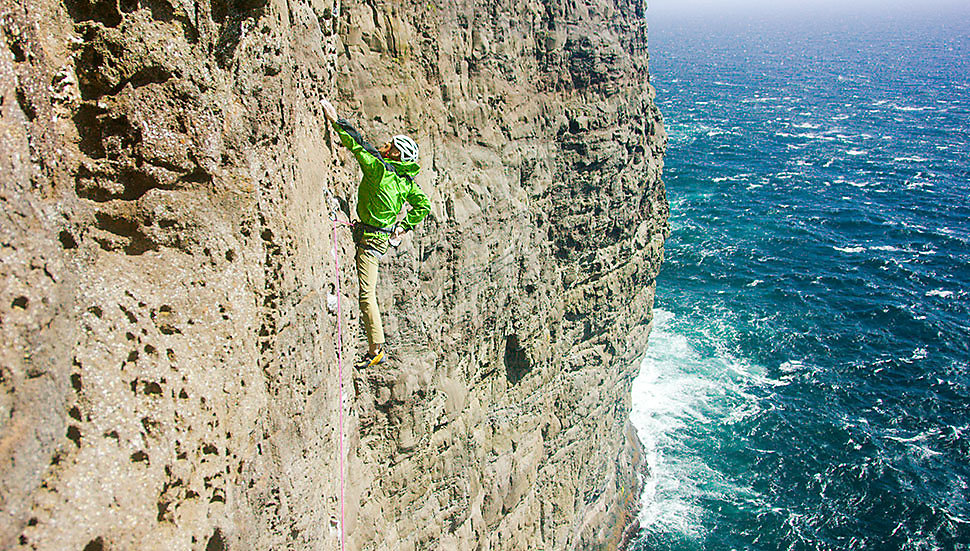 Last summer climbers James Pearson (UK), Cedar Wright (US) and Yuji Hirayama (Japan) made the first ascent of the Cape Enniberg, a whopping 754 metre high sea wall sitting at the northernmost point of the Faroe Islands, and one of the highest promontories in the world.

Now, more than one year later, British climber James Pearson talks about this rather unique experience in an interview with National Geographic Traveller.

“In hindsight, anybody that wants to climb up Cape Enniberg is probably a little unhinged — that was a genuinely dangerous climb…the stability of the rock and the weather conditions make the climb particularly difficult and dangerous,” said Mr. Pearson.

He added: “Speaking a little more generally, pushing yourself to do or try something new is something I think most people can understand. It’s nothing special, you just need a curious mind and a little confidence in yourself, and in your friends.”

“Climbing a ‘big wall’ requires technical knowledge and specialist equipment. It’s not something anybody could just decide to do on a Friday afternoon, but if you really wanted to do it, with a few months of dedication, it’s definitely possible. There are many different styles of climbing out there, so if the idea of ‘big walling’ seems a bit much, start with bouldering at the climbing gym.”

Previous article“Don’t buy any products from the Faroe Islands and be a voice for the voiceless,” rallies Sea Mammals on Facebook
Next articleFaroe Islanders reject left wing government’s plans to charge people for walking in countryside, new survey reveals