Chinese/Faroese dictionary to be published next year 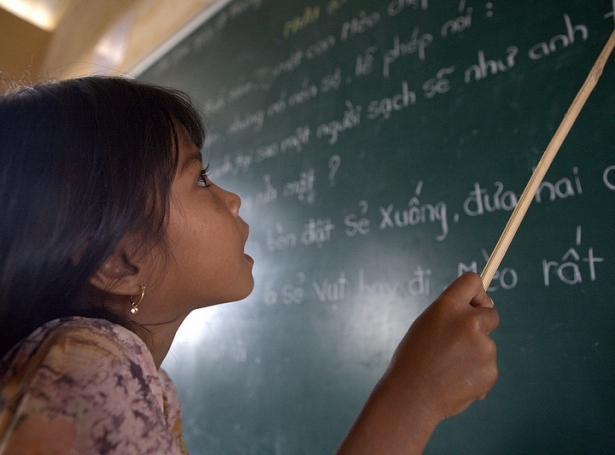 The first edition of a Chinese/Faroese dictionary will be published in February 2019 by Faroese publishing house, Sprotin.

26-year-old Jóhanna Magnusardóttir is one of three people working on the new dictionary. The others are Chinese native, Kimberly Joy, who is studying to become a teacher in the Faroe Islands, and Faroe Islander David Fossdalsá.

Jóhanna is currently studying Chinese in Ningbo, China. She sees benefits in creating a Chinese/Faroese dictionary that can help preserve the Faroese language.

“If we want to strengthen and preserve the Faroese language, it is important to have dictionaries,” says Jóhanna. “I’ve learned Chinese primarily through the English language, but I often find myself looking for Faroese words when I hear or read Chinese. It would be good to be able to translate directly from Faroese to Chinese, not just for me but for those Faroe Islanders that are learning Chinese, and for the Chinese living in the Faroes.”

Jóhanna also believes a Chinese/Faroese dictionary would help business communication between the two languages. Much business communication between the Faroe Islands and China is conducted in English. According to Jóhanna, this causes misunderstandings, because even though English is normally used, there are often connotations or assumptions related to Chinese language and culture that can complicate matters.

“If companies or organisations want to do business in what is soon to be one of the leading powers in business globally, it is important to have people who understand the Chinese language and culture, because it is very different to what we are used to in the West,” Jóhanna says. “For example, some things that people in the West would deem to be universal are completely different in China.”

Jonhard Mikkelsen, manager of Sprotin, agrees that the dictionary will be of great benefit to Faroese businesses.

“The world is changing vary rapidly,” says Jonhard. “If we show Chinese businesses that we respect their language, and that we want to open doors and understand their culture, then that can be of great benefit for Faroese businesses.”

The Chinese/Faroese dictionary will be the first dictionary published by Sprotin that is not rooted in Latin letters.