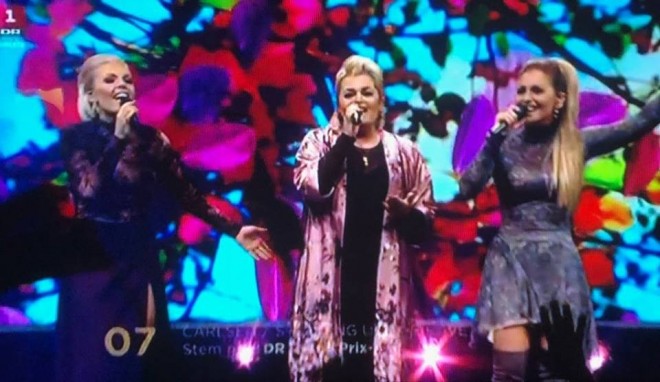 The group also fell short of qualifying for the final round of the competition.

Three songs out of ten qualified for the final round of the Danish Eurovision Song Contest: Rasmussen with ”Higher Ground”, Anna Ritsmar with ”Starlight” and Albin Fredy with ”Music for the road”.

Rasmussen won the the competition and will represent Denmark in the 2018 Eurovision Song Contest which will take place in Portugal in May.

Rasmussen was crowned the winner after two rounds of voting, using a combination of public and jury votes.

In a format change for this year, applicants were asked to pay particular attention to stage performance and visuals right from the beginning when they submitted their prospective entries. Ten acts participated in the show which was co-hosted by Johannes Nymark who represented Denmark in Eurovision 2016 as part of Lighthouse X.

One of the participants, Sannie, better known internationally as Whigfield, had a huge international hit in 1994 with the song Saturday Night. She released several singles after which also charted across Europe.