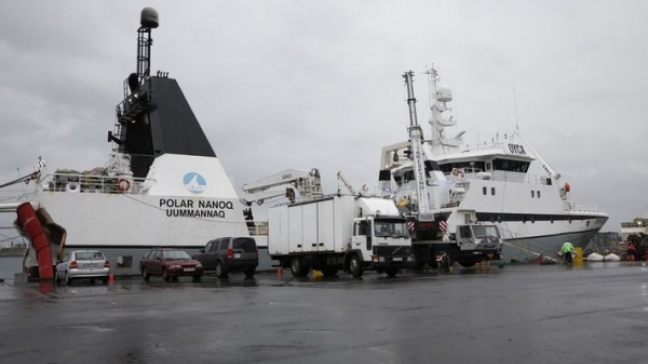 The Faroese captain of the Polar Nanoq secretly assisted the Icelandic murder investigation of Birna Brjansdóttir, reports the Greenlandic Broadcasting Corporation KNR. This news comes after the Guardian published a feature based on an interview with the Icelandic head of the investigation leader.

The police found themselves in a difficult situation when the link between Brjansdóttir’s disappearance and Polar Nanoq emerged in the investigation.

By that time, the trawler had entered Greenland waters, which meant that the Icelandic police could no longer deal with the matter.

The Icelandic police nevertheless devised a plan. Officers were flown to the Danish inspection vessel Triton, which would sail to Greenland to pick up Greenlandic police officers, who would then board the Polar Nanoq.

However, the Polar Nanoq captain had heard that his ship had been linked with the disappearance of a young Icelandic woman.

Fearing that some of his crew might have been involved, he told the crew they had a motor problem and needed to sail back to Reykjavik in Iceland. He also disabled the ship’s wi-fi signal so that his crew would not see any media coverage of the case.

One of them was later released, while the other one was handed a 19-year prison term for murder and drug possession.

He confessed to drug possession but denied the murder charge and appealed the ruling.

Read the full feature in the Guardian here.

This article was originally published on Kvf.fo
Image credits: Visir.is