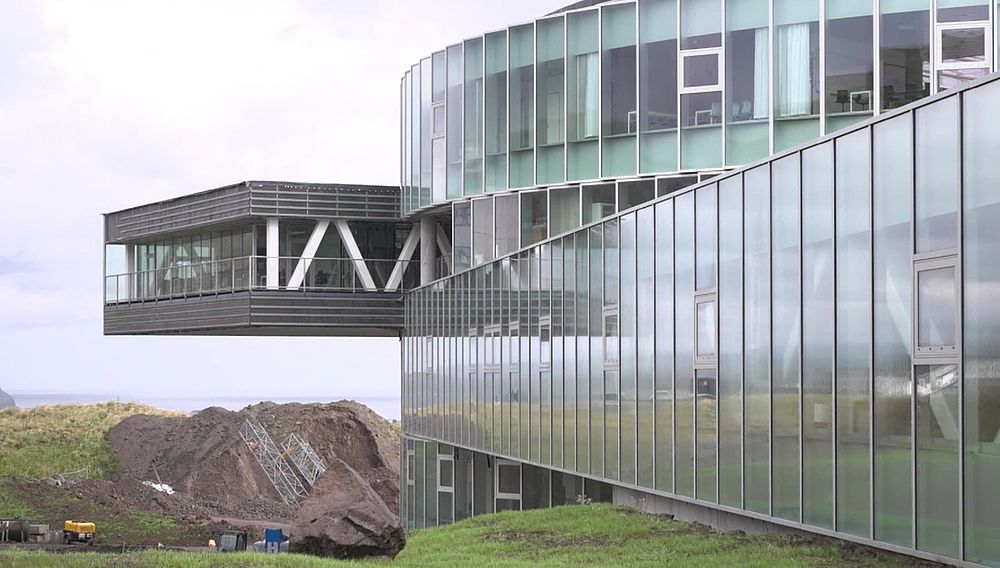 It would appear that “The campaign for the right to choose cannabis” (”Framtakið fyri rættinum at velja kannabis”) is not very welcome to participate in political debates in the Faroe Islands.

Two elections are coming up in the near future – one for the Danish parliament on June 5, the other for the Faroese parliament on August 31 – and thus, quite naturally, a number of political debates have been scheduled to take place.

One of them was held earlier today at Glasir College, a Tórshavn-based high school.

Rather bizarrely, the debate went ahead without representatives from “The campaign for the right to choose cannabis” (locally known as the Cannabis Party).

According to Faroese news website vp.fo, the Cannabis Party was originally invited to participate by a school committee. However, the school committee later withdrew the invitation. It stated that the debate was a “youth debate” and that the invited parties had to be represented by a junior candidate, as well as a senior candidate.

As the Cannabis Party could not live up to the former requirement, the party was thus barred from participating.

Interestingly, the school committee initially seemed fine with the Cannabis Party participating without a junior candidate.

It wrote the following to the party on April 12: “You are hereby invited to the (youth) debate on May 8. Please reply to this message when you have received it.”

However, it appears that the invitation was then overturned by Glasir school principal, Mr. Bogi Bech Jensen.

Mr. Jensen spoke to Faroese news website Portal.fo this afternoon: “The party was invited to participate, but as this is a youth event, and it is not a public event either, we demanded all the invited parties be represented by a junior candidate.”

Mr. Arnfinn á Birtuni, a Cannabis Party candidate, wrote to the aforementioned school committee on April 28 and asked for an exception to this particular demand.

“Hello again. We find a bit hard to find someone young who is willing to represent us. He or she is most likely going to be seen as a hashish sympathizer. And we are not a party who has ambitions to have a youth association, anyway. You do understand that, right? Is it possible to make an exception for us?,” Mr. Birtuni asked.

The answer was negative.

“If you do not have a junior candidate, then it is not possible to participate in the debate. If you still have any questions with regards to this, you are welcome to get in touch with Bogi Bech Jensen. He is probably the best equipped to answer,” the chairwoman of the school committee replied on April 30.

The Cannabis Party later founded a youth association and got back in touch with Glasir College – but to no avail, writes Portal.fo.

“We tried to ask them whether we live up to the requirements, but we did not receive a reply,” explained Mr. Birtuni.

According to Mr. Bogi Bech Jensen, the school committee felt that the Cannabis Party would not be able to participate in the debate in an appropriate manner.

“They communicated with her (the chairwoman of the school committee) in an inappropriate manner. She is a pupil, and they kept asking her if they could participate. When the committee saw this exchange (read the link), we felt that they would not be able to participate in an appropriate manner,” Mr. Jensen said, according to Portal.fo.

The Cannabis Party states, as reported by vp.fo, that a person, who wishes to remain anonymous, called and told them, rather ominously, that they were not welcome at the debate.

Mr. Birtuni went to Glasir College today to listen to the debate, but he was reportedly held back by Ansni security guards.

“When we told the Cannabis Party that they were not welcome to participate, he (Mr. Birtuni) began swearing and stuff, and he said he was gonna show up anyway. But this is not a public event,” stated Mr. Jensen when asked why he had taken the quite unusual step of requesting security guards for the event.