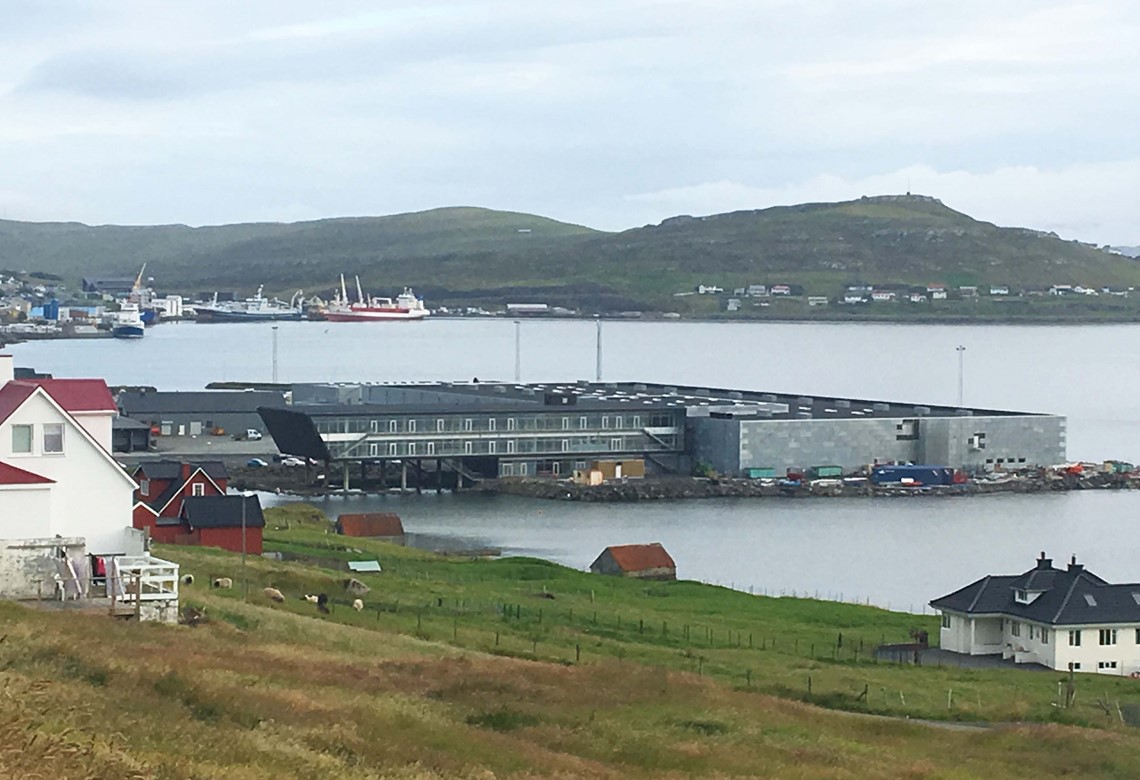 Besides George Eustice, Poul Michelsen, the minister of Foreign Affairs and Trade, and Høgni Hoydal, the minister of Fisheries in the Faroe Islands, were also part of the delegation. They hosted the official visit.

In a presentation to the delegation, Mr. Regin Jacobsen, CEO of Bakkafrost, showed the historical importance of the UK seafood market for both the Faroese society as well as Faroese companies.

This is evident, as the UK market through the years has grown to be Bakkafrost’s fifth biggest market worldwide. Thus, it’s has been very important for Bakkafrost to keep a good relationship with its customers in the UK. This fact is not becoming less important in connection with the forthcoming Brexit. The Faroe Islands have been in a similar situation for many years, as the country is not part of the European Union.

Based on these joint realities Mr. Jacobsen mentioned that he believed the two countries could learn from each other and build an even closer and stronger connection in the future. George Eustice agreed on the importance of the past relationship and on further enhancing the relationship between the UK and the Faroe Islands in the future, writes Bakkafrost.com.