Have a break – have a Kit Kat…while you read the new Local.fo magazine 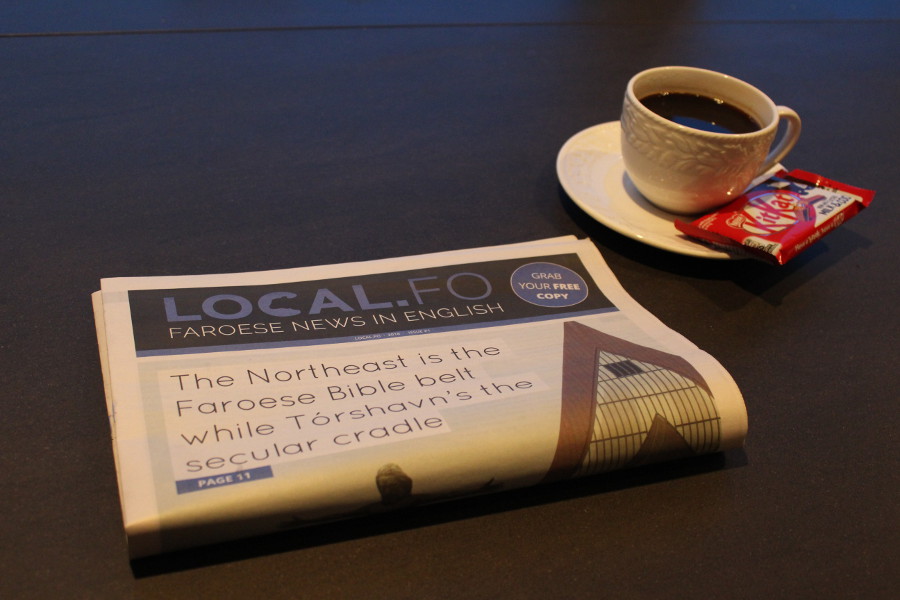 Local.fo has released a new magazine whose main aim is to reach tourists who come to the Faroe Islands.

In the magazine at hand, you can read about the Faroese cuisine from handmade chocolates to the only Michelin-star restaurant on the islands, both proudly basing their products on using almost solely local ingredients.

You can also  indulge in the enlightning survey about the religious differences on the islands.

In short, it appears that the Faroe Islands have their own “bible-belt” (or bible-bandana), where the seven northeasternmost islands, the Fugloy, Svínoy, Viðoy, Borðoy, Kunoy, and Kalsoy (colloquially known as Norðoyggjar), and Eysturoy have a significantly higher percentage of a religious, primarily Christian, population than the rest of the Faroe Islands. The western, southern, and central parts of the islands are notably more secularized according to the survey.

The magazine – which is called Local.fo, Faroese news in English – is free of charge and available in various public places around the country.