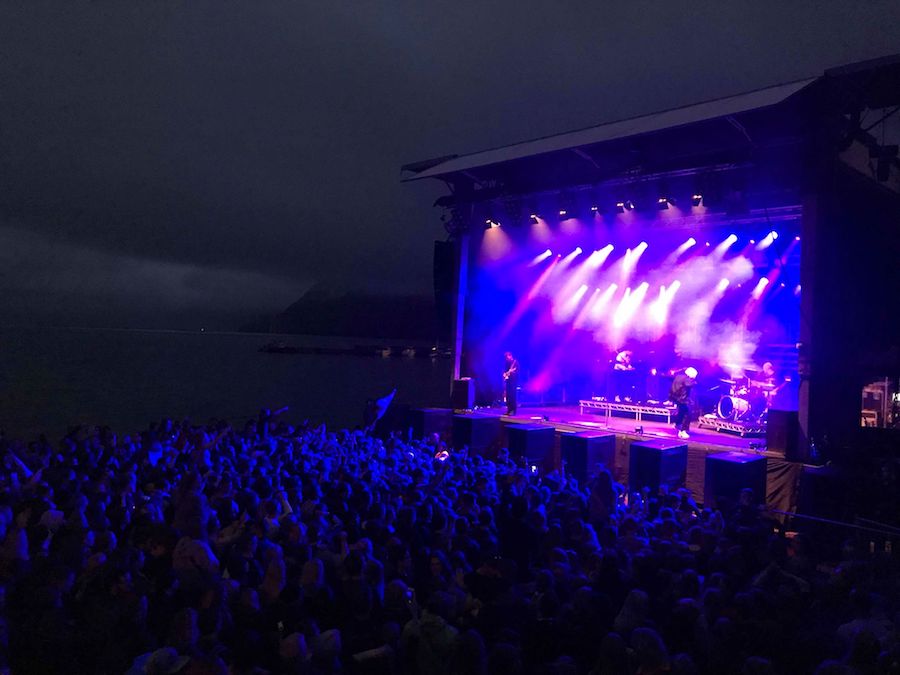 Earlier this year, US lifestyle travel magazine Condé Nast Traveler rated G! Festival among the 10 best festivals in Europe for 2019.

This has not gone down well with Blue Planet Society, a self-funded, volunteer pressure group campaigning to end the overexploitation of the world’s ocean.

“What Condé Nast Traveler haven’t told you is that G! Festival in the Faroe Islands is held on exactly the same site that pilot whales are brutally massacred,” Blue Planet Society noted in a Facebook post.

“Fat Boy Slim, Lewis Capaldi, Princess Nokia what the heck are you doing headlining this event and condoning barbaric cruelty to an EU protected species?,” the group fumed.

Last May, around 150 pilot whales were slaughtered on Gøtuvík Beach (á Gøtusandi).

Earlier this week, 105 pilot whales were killed in Sandavágur on the island of Vágar. The whales were found around 7am last Monday and the killings took place approximately two hours later, shortly before 9am.