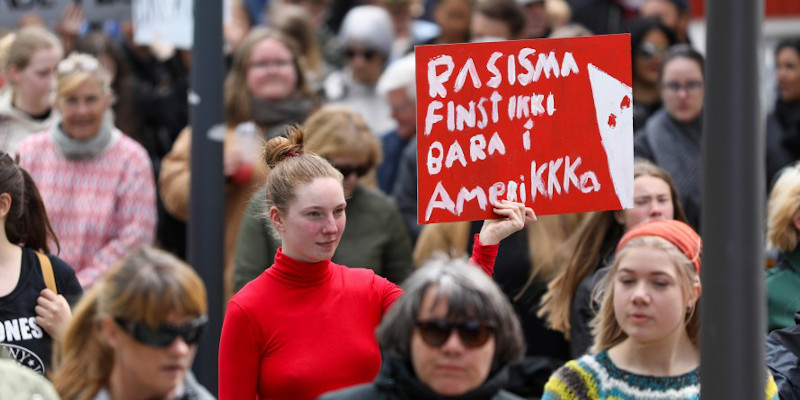 The arrest and murder of George Floyd in Minneapolis on 25 May has sparked outrage, not just in the United States but all over the world. On Sunday, hundreds of people gathered in Tórshavn to protest racism and police brutality.

According to Marianna Nagata, one of the organizers of the event “Black Lives Matter – Also in the Faroe Islands”, racism does exist in the Faroe Islands, although many won’t acknowledge its existence. It might not show through police brutality and violence, but it’s in the language.

– Racism is often shown in the Faroe Islands, when people are joking. We often hear people of African, Philippine, Thai or Arabic origins being used as punchlines in a derisive manner when locals are making jokes, she tells Hvat.fo.

According to Marianna Nagata, Sunday’s protest was an important one, because it is important that people in the Faroe Islands become aware of the problems caused by racism.