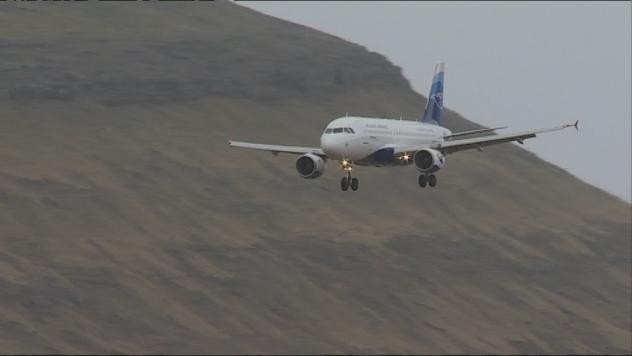 A bird strike forced an Atlantic Airways to flight to land in the Faroe Islands on Saturday morning shortly after takeoff, reports Kringvarp Føroya.

RC450 departed at 8. 30 a.m. Saturday from Vágar Airport en route to Copenhagen, but was forced to turn around approximately 20 minutes after takeoff.

It is understood that a bird hit one of the engines.

The plane landed safely back in the Faroes and was taken out of service for maintenance review.

“The plane flew around the islands a couple of times after takeoff. The captain informed the passengers (about what was going on), and the situation was completely under control,” Atlantic Airways CEO Ms. Jóhanna á Bergi told Kringvarp Føroya.

The plane was reportedly carrying 122 passengers.

The passengers will now be re-booked on other flights.