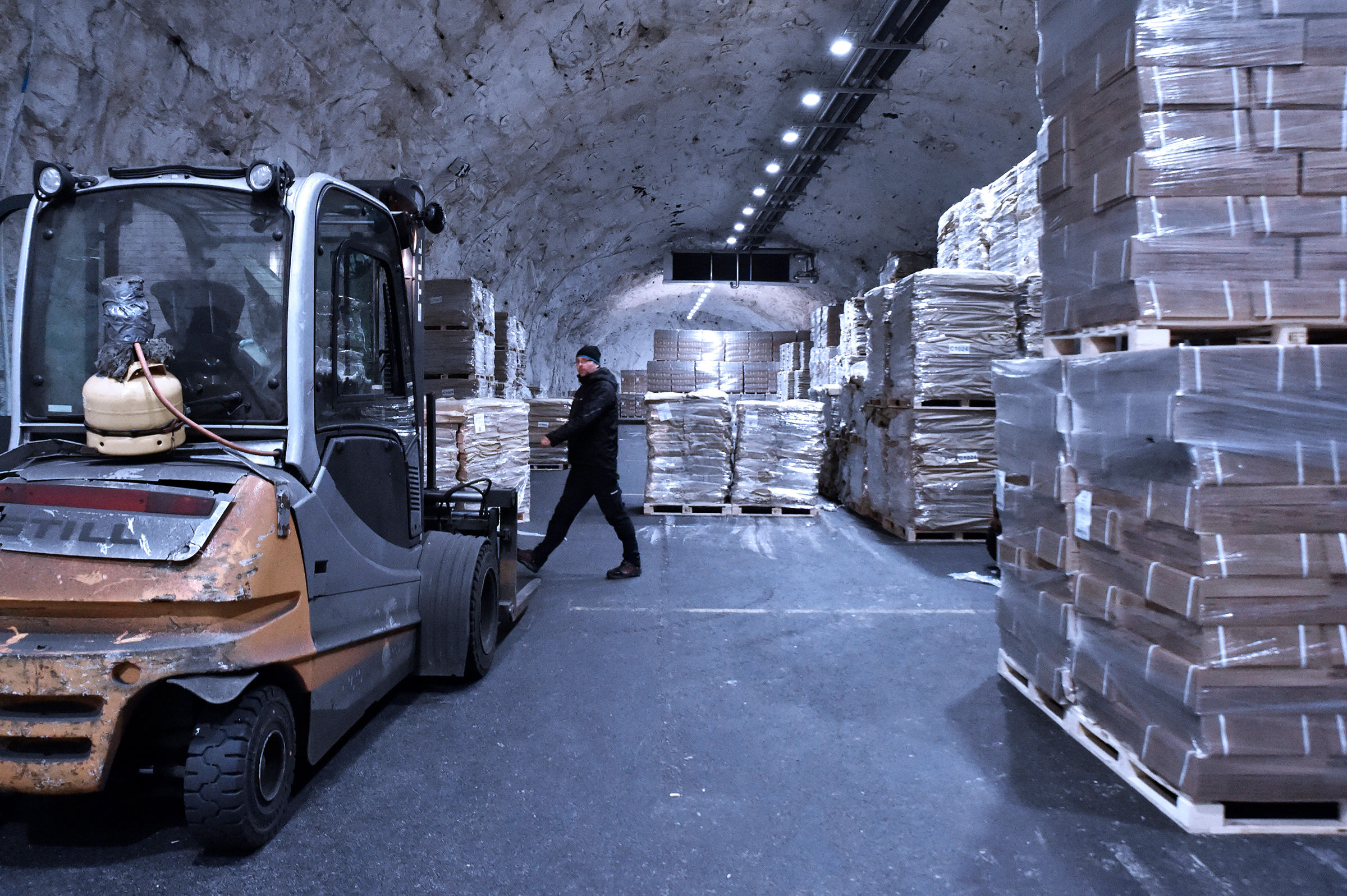 Bergfrost: One of the largest and safest cold stores in the Nordic Seas region — video

Cold store Bergfrost, likely the largest and safest of its kind in the entire Nordic Seas region, has had a film produced titled ‘Ultra Safe Cold Storage: Bergfrost’.

“No wonder freezer trawlers and reefer ships from a range of countries call regularly at the Port of Fuglafjørður in the Faroe Islands — to make use of the top quality cold storage facility known as Bergfrost,” the opening scene of the 8-minute video says while providing an aerial shot over the Cold Store Terminal.

The film goes on to show a range of business activities from various angles while also featuring an interview with managing director Símin Pauli Sivertsen.

Focusing primarily on storage of frozen fish, the Bergfrost cold store itself is situated in a tunnel complex deep inside the mountain Borgin, the entrance located centrally in the main harbor area of Fuglafjørður, between the Pelagos freezing plant and the Havsbrún fishmeal and feed factory.

“What makes the cold storage facility truly special,” we’re told, “is the unique combination of its natural insulation provided by massive layers of maintain rock, the logistically optimized business environment surrounding it, and the unmatched service offered by the Bergfrost team.”

Mr. Sivertsen notes: “What makes our service popular with clients is not least the fact that we have a high storage capacity and the fact that all other essential services are available in this location.”

He adds: “Our cold storage capacity is as large as at least 25,000 tonnes and in the facility we maintain a temperature of at least as cold as minus 23 centigrade, which means all cargo arriving is kept at that temperature for as long as it’s stored there.”

“This is a one-of-a-kind cold store,” Mr. Sivertsen says. “The freeze that spreads into the mountain rock in effect works as a cold battery or storage of cold. Should we experience a power outage, it will not cause the temperature in the facility to change quickly — that will take a long time. Our power consumption is considerable however it’s lower relative to conventional cold storage facilities because of the natural insulation provided by the mountain rock.”