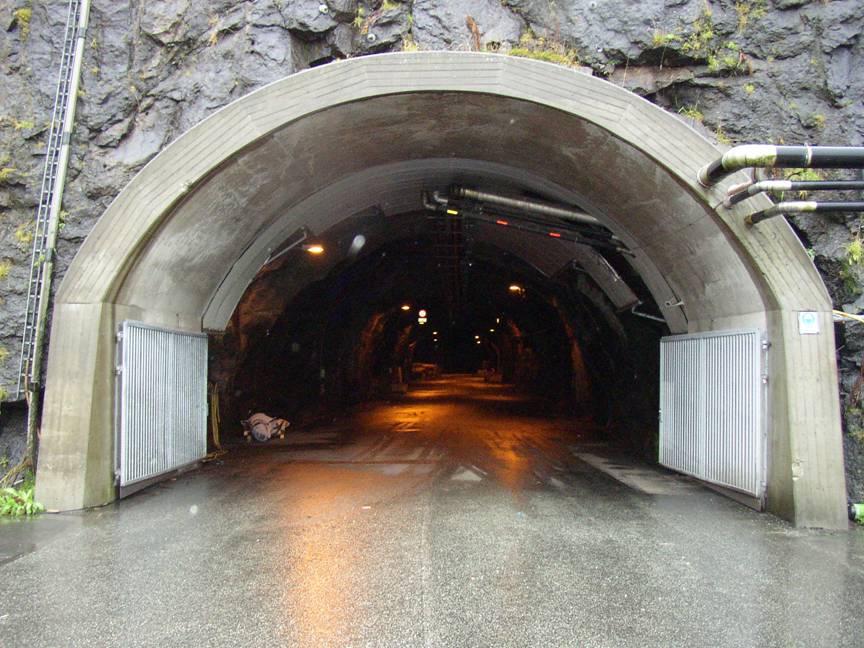 With a series of expansions carried out in recent years, Fuglafjørður-based cold storage facility Bergfrost has substantially grown its capacity to become one of the largest cold stores in the entire Nordic Seas region.

Fuglafjørður’s cold store Bergfrost has completed two major expansions which have increased its cold storage capacity to as much as 25,000 tonnes, making it one of the largest cold storage facilities in the entire Nordic Seas region, larger than any other in the Faroe Islands or in neighboring Iceland for that matter. The company is also considering to extend its dry storage capacity, according to managing director Símin Pauli Sivertsen.

“We have finally completed our cold store extension program,” Mr. Sivertsen said in April 2018. “The last project took somewhat longer time than expected to complete, with more final touches needed than originally planned. Now with all that out of the way, we can have up to at least 25,000 tonnes in cold storage at any given time. So this is good news for those of our clients whom we haven’t been able to serve lately because of the dramatically increased level of business activity in our immediate neighborhood.”

“At the same time,” Mr. Sivertsen added, “we’re contemplating an extension of our dry storage warehouse. Many of our clients request dry storage services and with the increased business we’ve seen in the last few years, that demand has come to a point where we’ve felt compelled to seriously consider our options and so we’re currently taking a closer look at how to go about a possible expansion of our dry storage capacity. However, no final decision has been made yet in this regard.”

Bergfrost’s business activities have increased markedly since 2007, when Mr. Sivertsen took the helm. During the following year, the facility’s total storage of frozen fish—from domestic and foreign reefer ships and freezer trawlers carrying pelagic fish, whitefish, or shellfish products—amounted to 17,000 tonnes. The corresponding figure in 2017 totaled a stunning 100,000 tonnes.

“We’ve seen tremendous change and a tremendous rise in activity levels,” Mr. Sivertsen noted. “From our perspective, the primary driver of this development has been the booming pelagic fisheries, and second, as a result of that, the launch of the Pelagos freezing plant in 2014, which quickly become our largest client.”

The need for the Faroese to be able to handle such large quantities of frozen fish products has spurred investments in infrastructure across the Faroe Islands—processing plants, storage facilities, road tunnels, shipping services, to name some.

As a long established center for the pelagic fish industry, Fuglafjørður remains a key location.

“We embarked on an expansion program for our cold store in 2016 and doubled the cold storage capacity from 7,000 to 15,000 tonnes,” Mr. Sivertsen said. “Then a year later we began a second extension and further increased our capacity to 25,000 tonnes.”

The Bergfrost cold storage facility is located inside a tunnel system at the foot of the 571-meter mountain Borgin towering above the town of Fuglafjørður. The facility’s entrance is perfectly situated between the Pelagos freezing plant and the Havsbrún fishmeal, fish oil and feed factory.

Originally opened in 1996, Bergfrost has built a strong reputation as a reliable, high-quality cold store with a very robust operational stability due to the natural insulation offered by massive layers of solid rock.

“These are extreme levels of natural insulation,” Mr. Sivertsen said. “It’s one of our great advantages but of course has its drawbacks—it takes quite a long time to change temperatures in the cold store tunnels. That is one of the main reasons for the emphasis we’ve placed on optimizing the energy consumption, and for that we use advanced computer systems to monitor all the sections and automatically adjust the temperature on an ongoing basis, so that we can maintain the right temperatures at all times and at the same time prevent or reduce any energy waste.”

With the latest expansion, Bergfrost is looking to serve a higher number of clients, according to Mr. Sivertsen. The large capacity of the facility has put it in a position to offer an alternative to placing frozen goods into cold stores on the European Continent.

“The Faroe Islands has developed significantly in recent years when it comes to logistics and related services,” he said.

“Many have had to move their frozen goods to somewhere in Continental Europe well in advance before they really should need to do that, only they had to because of too low cold storage capacity in the Faroe Islands. Now with our latest expansion, perhaps we can help address that situation somewhat.”

Previous article
Tórshavn City gears up for 2019 season of cruise ships visits
Next article
KSS Yard: the Right People for the Job