Sadly, the heroics of 1991 could not be replicated, as a lethargic Faroese side succumbed to a 4-0 defeat at the hands of a clinical Turkey in Istanbul last night.

In team news, an eye injury to Meinhard Olsen meant Ári Mohr Jónsson was a late starter on the left wing. Hørður Askham was selected over Sonni Nattestad at centre-back, and Patrik Johannesen, instead of the nation’s joint-leading goalscorer Klæmint Olsen upfront, which were both surprise inclusions. But other than that, it was the predicted line-up from Håkan Ericson.

The Faroes started proceedings positively, with the first 35 minutes being a relatively even affair, as the away side defended stoically, and Turkey were beginning to cut a frustrated figure.

That was until the 37th minute when a stranded Gunnar Nielsen saved Kerem Aktürkoğlu 1-1 effort with the rebound falling to Cengiz Ünder, who cooly chipped the ball into an empty goal. Nielsen will be disappointed with his position, but also, the entire team will be annoyed to be caught on the break, in a suicidal high line, especially after such a resilient opening quarter. It was also Turkey’s first attempt on target, and you could feel the sense of relief amongst the home supporters in the Başakşehir Fatih Terim Stadium.

The Faroe Islands regrouped and saw out the rest of the half; in the knowledge, at 1-0, they were very much still in the game. However, this game plan was blown just two minutes after the restart when Halil Dervişoğlu finished calmly after being put clean through by Enes Ünal.

In both chances and possession, Turkey controlled the rest of the match and added a third through a powerful Serdar Dursun header from a Hakan Çalhanoğlu corner in the 82nd minute. And three minutes later, defender Merih Demiral capped off a comprehensive victory with a ruthless finish after a sumptuous flick from Yunus Akgün.

Sometimes in football, you have to hold your hands up and say the superior side beat you, and for the Faroe Islands, this is one of those days. Turkey possesses several high-class players simply a level above us. And I am sure the Faroese players will be itching to make the 2600-mile journey to the comforts of home.

Below are my player ratings.

1) Gunnar Nielsen: 6/10 — Poor for the opening goal, but he also made some vital saves to keep the scoreline down.

20) René Shaki Joensen: 5.5/10 — Decent on the ball but was given constant trouble from Aktürkoğlu and Kadioglu.

13) Hørður Askham: 4.5/10 — Some crucial clearances, but also let Dursun go for the third goal from the corner.

9) Gilli Rólantsson: 5/10 — Worked hard before being replaced early in the second half.

16) Gunnar Vatnhamar: 5/10 — Covered every blade of grass, combative as usual, but caught poorly on the ball for the opener.

19) Ári Mohr Jónsson: 5/10 — Quiet, but also gave some defensive stability before being substituted.

21) Patrik Johannesen: 5/10 — Given the improbable task of leading the frontline against two top class centre-backs and cut an isolated figure.

Håkan Ericson: 4.5/10 — Had his work cut out with the absence of several key players but will still be disappointed with the lack of invention in the performance, with not a single shot on goal from his side. In addition, after the team conceded the opening goal, they lost any shape or organisation.

Landsliðið were thrown in at the deep end with their first Nations League C fixture, away against the highest ranked country in the division, and will be fully aware that this result will not define their Nation League campaign, and more even games await in the group. Luckily, they have such a quick turnaround to put this defeat right.

Next up for the Faroe Islands is a home fixture against Luxembourg on Tuesday, with kick-off at 19:45 BST. 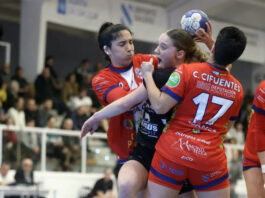 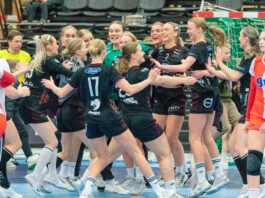 Hoyvík H71 women’s handball team advance to round of 16 in... 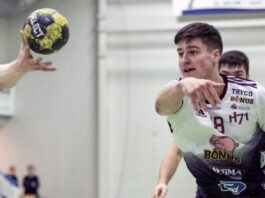