“Be a little f***ing grateful, collaborate with society or leave b****,” half Faroese LGBT celebrity barks at Muslim population in Denmark 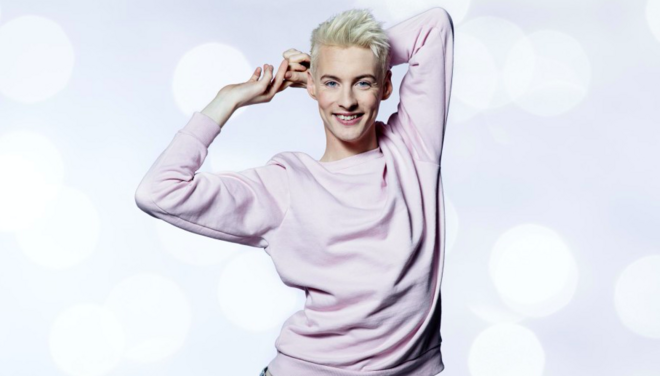 Tróndheim, 23, was nominated as “The LGBT person of the year”, but in light of recent comments he made about Muslims in Denmark, DRA has informed Sigmund Tróndheim that his nomination has been suspended, effective immediately.

Tróndheim, who became a household name in Denmark after participating in X-Factor last year, was also set to perform at the upcoming awards, but his performance has now been cancelled, writes TV2.

“Let us pretend that I am a homosexual walking around in Nørrebro or Tingbjerg (boroughs of Copenhagen). Then I am attacked and raped and what not by some gang. I choose to flee to Damascus or Syria and proclaim: ‘I want it all. I want a sofa, I want an apartment, I want three children, I want gay rights, and you better not come and tell me what to do. I cannot understand what you are saying at all; I cannot understand your language at all. Excuse me, but I will never be able to learn Arabic in three years.‘

Tróndheim went on and stated that if you want to move to Denmark, then you should be grateful – or leave.

“Be a little fucking grateful, collaborate with society or leave, bitch.”

Tróndheim also claimed that Muslims make too much noise in city buses and do not show respect to anyone. According to Tróndheim, Muslims are always in a hurry to get home to their ten children.

Tróndheim concluded: “Am I about to become an old racist who is tired of life?”

DRA states that Tróndheim‘s remarks do not fit with the values of the awards.  Tróndheim, meanwhile, has deleted his controversial post and apologized for the aforementioned remarks, but to no avail. He has been told that he will not get his nomination back.

Last week, Tróndheim participated in the Danish National Song Contest 2019, where he came in third.