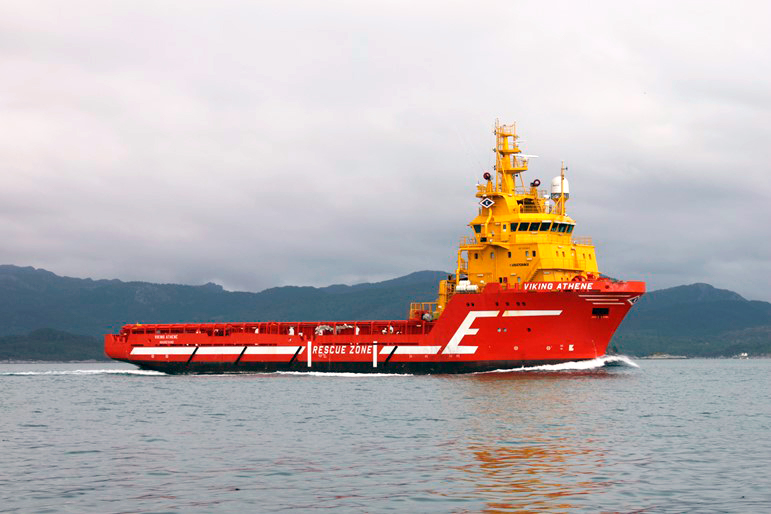 In a step that is part of a new investment program to develop operations in Scotland, Glyvrar-based aquaculture giant Bakkafrost has purchased a service vessel from Norway’s Eidesvik Shipping.

“Bakkafrost has purchased a farming service vessel as part of its value chain investment programme to develop farming operations in Scotland and strengthen biological performance,” the company announced.

The statement added: “Bakkafrost has entered an agreement with Eidesvik Shipping AS to purchase the supply vessel Viking Athene, which has operated as a supply vessel in the Norwegian offshore industry. At 241 feet long and 54 feet wide, Viking Athene is a sister ship to Bakkafrost’s FSV M/S Martin purchased in 2016. She will be renamed M/S Bakkanes.”

“We plan to repurpose the ship into a farming service vessel (FSV), as previously undertaken with both M/S Martin and M/S Róland,” said Sverri Kjærbæk, Operations Manager at Bakkafrost. “Purpose-built treatment modifications will be made once the ship has been acquired and registered. It is expected to commence operations later this summer at our sites on the West Coast of Scotland.”

Previous articleThis year’s G! Festival to proceed as planned
Next articleVideo: Farm animals not too happy with shaky spring weather