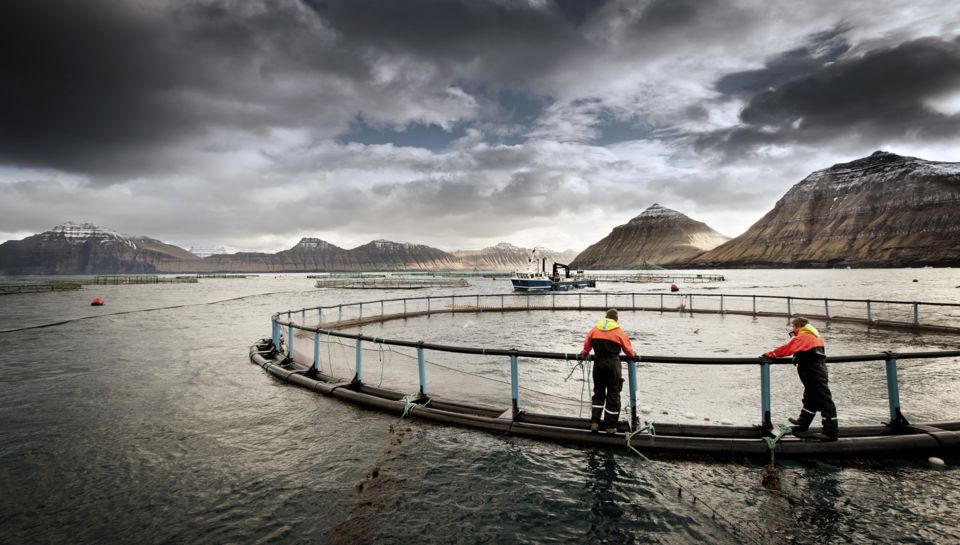 “Bakkafrost had an excellent performance in the quarter, considering that the salmon spot price has decreased over 25%, compared to the same quarter last year. The VAP segment had a positive margin in the quarter for the first time since 2015. Havsbrún had a record year in raw material sourcing during its 50 years long history. Looking forward, we are excited about the agreement we have made with P/F Fiskaaling and the Faroese Authorities about the Faroese brood stock program. To develop the Faroese brood stock program will demand effort and resources for Bakkafrost, but we believe this might be an exciting project, which can benefit us in the long run.”

Bakkafrost aims at giving the shareholders a competitive return on their investment, both through payments of dividends and by securing an increase in the value of the equity through positive operations. The long-term goal of the Board of Directors is that 30-50% of earnings per share shall be paid out as dividend. The financial position of Bakkafrost is strong with a solid balance sheet, a competitive operation and available credit facilities. Therefore, the Board of Directors proposes to the Annual General Meeting that DKK 10.50 (NOK 13.65*) per share shall be paid out as dividend. The proposed dividend corresponds to 50% of adjusted earnings for 2017. The Annual General Meeting will be convened on the 13th of April 2018.

In January 2018, Bakkafrost made an agreement with its existing lender, Nordea, to refinance its existing DKK 850 million bank facility and its outstanding NOK 500 million bond loan – which has a maturity during Q1 2018 – with a senior secured five-year EUR 200 million credit facility. The facility includes an accordion increase option, which provides flexibility for the parties to agree an increased size of the facility by further up to EUR 200 million during the term of the facility. The facility is subject to signing a facility agreement, which is expected to take place during Q1 2018.

* The dividend per share in NOK is subject to changes depending on the exchange rate between DKK and NOK, which will be announced after the Annual General Meeting.

The salmon prices have dropped significantly during the second half of 2017 from all-time high levels earlier in 2017 and in 2016. This drop was expected, as the combination of high prices and supply ramp up emerged with the harvest of new generation fish released in 2016.

The two most important farming regions, Norway and Chile, increased their volumes significantly in Q4 2017, compared to same period in 2016. The strong supply increase is the main driver for the price drop in Q4 2017. The latest update from Kontali Analyse estimates that the global supply of Atlantic salmon increased around 12% in Q4 2017, compared to Q4 2016. Going forward, the global harvest growth is expected to be around 6% in 2018.

Bakkafrost operates in the main salmon markets, Europe, USA, the Far East and Russia. Variation in sales distribution between the different markets are driven by the change in demand from quarter to quarter in the different regions. Bakkafrost, however, aims to have a balanced market diversification to reduce market risk.

The outlook for the farming segment is good. The estimates for harvesting volumes and smolt releases are dependent on the biological development.

Bakkafrost focuses on reducing biological risk continuously and has made several new investments and procedures to diminish this risk. Bakkafrost focuses on using non-medical methods in treatments against sea lice and has invested in new technology to comply with this strategy.

Bakkafrost aims at being self-supplied with 500 grams smolts in 2020. The benefits are a shorter production time at sea as well as reduced biological risk. The new hatchery under construction at Strond, Klaksvík is an important part of this plan. The hatchery is expected to start operation during 2018 and in full operation from 2020. The capacity growth from this investment program will gradually appear in harvested volumes from 2020.

Bakkafrost has signed contracts covering around 14% of the expected harvested volumes for 2018. The contract coverage is reduced, compared to previous year, because some contracts were not renewed in Q4 2017. Bakkafrost’s long-term strategy is to sell around 40-50% of the harvested volumes of salmon as VAP products at fixed price contracts.

The outlook for the production of fishmeal and fish oil is dependent on the availability of raw material. The ICES 2018 recommendation for blue whiting is 1,388 thousand tonnes, compared with 1,342 thousand tonnes in 2017.

The new salmon meal and salmon oil plant is expected to start operation in the beginning of Q2 2018 with full production in the second half of 2018. This operation will increase the value of offcuts from salmon harvested and processed in the new harvest/-VAP factory at Glyvrar.

Havsbrún’s sales of fish feed in 2018 are expected to be at 85,000 tonnes, depending on external sales.

In June 2016, Bakkafrost announced a five-year investment plan from 2016 to 2020. The total investments for the period are DKK 2.2 billion, including maintenance CAPEX.

Investments of around DKK 130 million in the two service vessels, M/S Martin and M/S Róland during 2016 and 2017, and the upgrading cost of around DKK 40 million during 2017 and 2018 of the harvest operation in Vágur, Suðuroy, are not included in the DKK 2.2 billion from the investment plan from 2016.

The purpose of the investment plan is to continue to have one of the most cost-conscious value chains in the farming industry, to carry out organic growth, increase flexibility and reduce the biological risk to meet the future consumers’ trends and to be more end-customer orientated.

A high equity ratio together with Bakkafrost’s bank financing, which was renewed for five years in Q1 2018, makes Bakkafrost’s financial situation strong. This enables Bakkafrost to carry out its investment plans to further focus on strengthening the Group, M&A’s, organic growth opportunities and to fulfil its dividend policy in the future.

Bakkafrost is the largest salmon farmer in the Faroe Islands. The Group is fully integrated from feed production to smolt, farming, VAP and sales. The Group has production of fishmeal, fish oil and salmon feed in Fuglafjørður. The Group has primary processing in Glyvrar, Kollafjørður and Vágur, and second­ary pro­cessing (VAP) in Glyvrar. The Group operates sea farming in Norðoyggjar, Eysturoy, Streymoy and Suðuroy. The headquarter is located in Glyvrar, and the company has 960 fulltime employees.