B36 to participate in Dana Cup 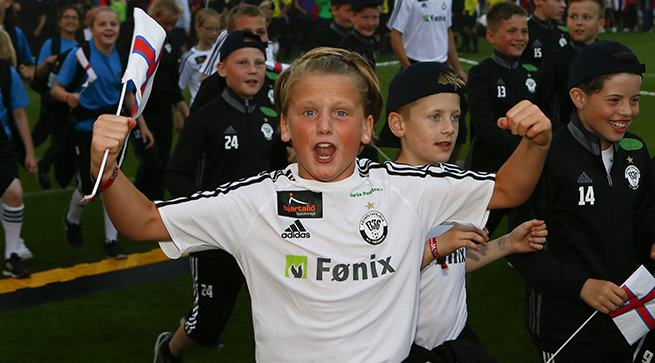 B36 Football Club has a long tradition of sending their youth teams outside of the country to take part in tournaments. The first teams were sent abroad in the start of the 80’s.

There are many reasons why B36 have become yearly visitors to the Dana Cup.

Geographically the tournament is situated perfect with ferry connections between the Faroe Islands and Hirtshals in Denmark. The organization of the tournament is very satisfactory and when the framework is perfect, it is easy and convenient to return again and again.

– The most important thing for us, however, is that the Dana Cup with its size and diversity guarantees a great experience – sportswise and socially. Players can test themselves against teams of different levels and meeting different nationalities matures our players as human beings, says B36 in a press release.

The tournament will start with a collective march into Nord Energi Arena on Monday the 22nd of July at 7.30 pm.

The teams are dealed into groups of 4 or possibly 5 teams, with each team meeting each other.

Teams who are participating in the Dana Cup have the opportunity to win medals and beautiful trophies.