Atlantic Airways will get 100 million DKK from the Faroese Government 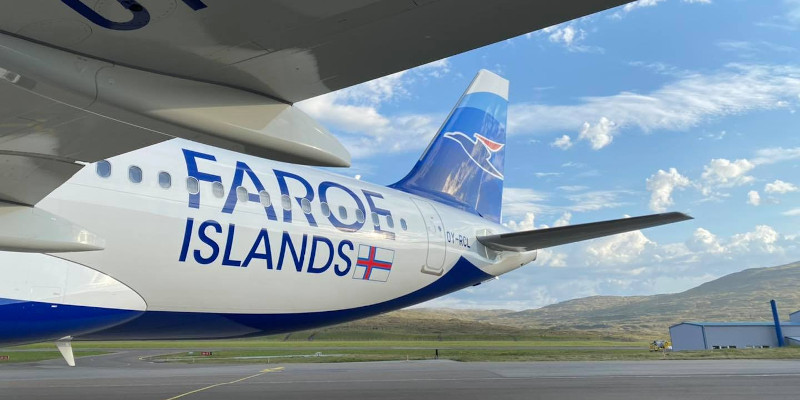 Atlantic Airways will now be getting a 100 million DKK capital injection from its owner, the Government of the Faroe Islands.

On Friday, Minister of Finance, Jørgen Niclasen, signed a proposal for a supplementary appropriation, which has then been sent to the parliament. This was done at a press conference in Tinganes.

– At the beginning of this year, Atlantic Airways was a strong and proud company. After the country and the rest of the world were hit by a crisis created by the coronavirus, Atlantic Airways is still a proud company, although not as strong. It is in need of money in order to maintain the strength of its liquidity. That’s why we’ve decided to give the company 100 million DKK, Minister Niclasen explained.

At the press conference, Jóhanna á Bergi, CEO of Atlantic Airways, explained that the airline, like the rest of the airline and tourism industry, has been hit hard by this crisis.

– It was looking good at the beginning of this year, and we expected to sell almost 380.000 airline tickets this year. Now we will probably not exceed 160.000 tickets, so instead of a 12 percent growth, we only expect to reach 53 percent of the 2019 turnover, she said.

Atlantic Airways has already made adjustments to its operations. Employees have been in the Faroese Employment Service’s special program, and 100 employees have been laid off. The airline is also trying to return its fourth plane and to delay the arrival of the two new Airbus planes from 2023/24 to 2027/28.

If the COVID-19 situation were to get under control, if for example a vaccine was available, the airline has made projections for their 2021 prospects. Atlantic Airways does not expect to be on the same level next year as they were in 2019. Instead, they expect the turnover to be 27 percent lower than last year. The airline expects a 140 million DKK deficit this year and a 42 million DKK deficit in 2021 – a total of 182 million DKK.

The 100 million DKK from the Government will therefore be a great help.

Previous article
Businesses premises at Biskupstorg to be ready by spring 2021: Six businesses to move in
Next article
Four days without new COVID-19 cases: People now have to pre-register for testing in Klaksvík