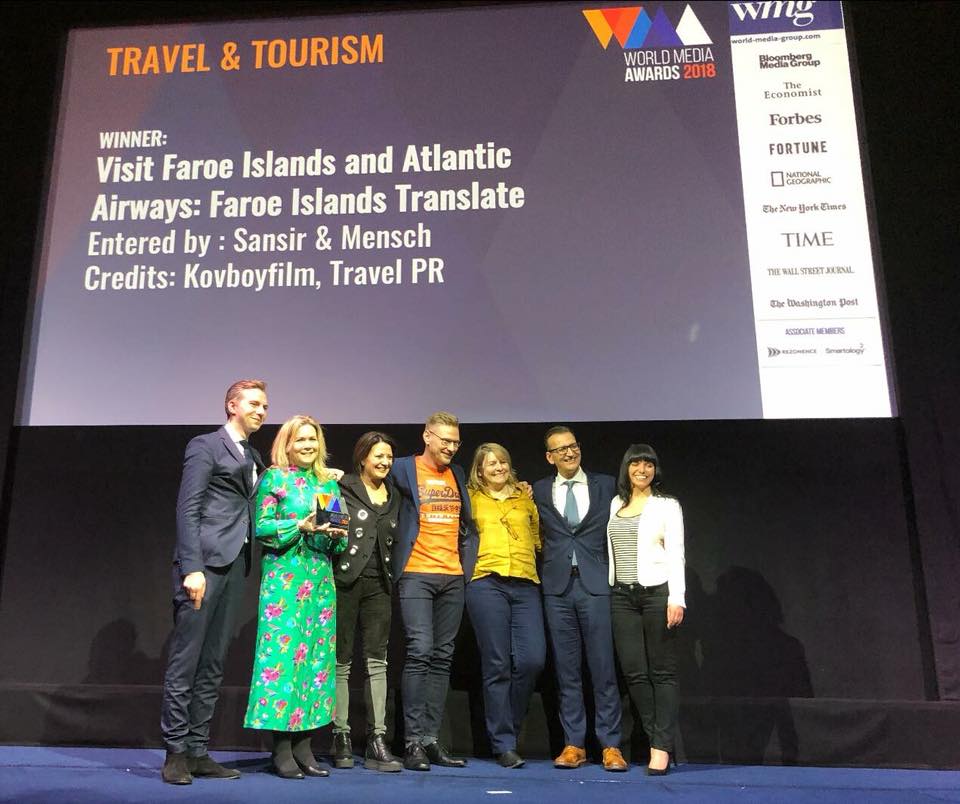 Faroe Islands Translate – a new translation tool that allows anyone to write a word or phrase that they would like to be translated from their language into Faroese – has won the top Travel & Tourism Award at the World Media Awards 2018.

The event, which took place last night in London, at the prestigious Ham Yard Hotel in Soho, was established to demonstrate the effectiveness of cross-platform, cross-border, content-driven advertising, and to celebrate bold and creative strategies for engaging with international and influential audiences.

This is the second year running Atlantic Airways and Visit Faroe Islands win the top Travel & Tourism Award at the World Media Awards. Last year it was Sheep View 360, which saw the Faroe Islands enlist the help of its many sheep to put the islands on the Google Street View map, that won the award.

Last night’s victory came as a huge surprise to Guðrið Højgaard, the director of Visit Faroe Islands, who pointed out afterwards that ”we are comletely overwhelmed by the fact that we have won this award again this year. It feels completely unreal that the largest media outlets in the world think that we deserve to win the top tourism award two years in a row.”