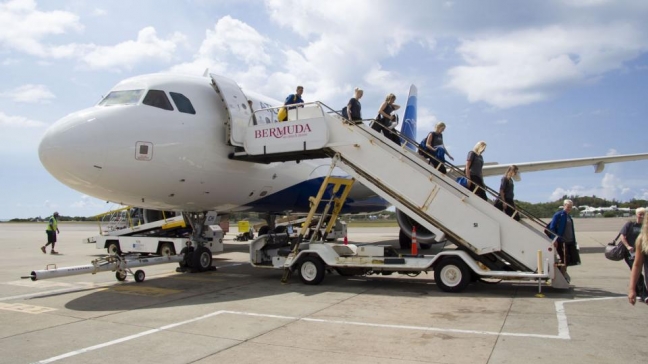 Atlantic Airways, the national airline of the Faroe Islands, has suffered a small decline in passenger traffic as a total of around 280.000 passengers were lifted last year as compared to approximately 282.000 passengers in 2016 – a 1 percentage point decline.

SAS and other airlines carried 61.388 passengers to and from the Faroe Islands in 2017, reports Kvf.fo.

Meanwhile, passenger numbers through Vágar Airport increased by 17% in 2017. The latest figures show a total of 341.288 travelers used Vágar Airport during 2016, writes Kvf.fo.

Last week Atlantic Airways announced that its net profit declined to DKK 3.3 million in 2017 from DKK 28.0 million a year earlier – mainly due to “the new state of competition”.

Atlantic Airways cannot expect competition to become any less tough in the near future as SAS, which has offered regular flights to and from the Faroe Islands since March 2017, has revealed that it plans to continue to offer this service.

– The company has asked for permission to apply the same advanced technology in SAS aircraft which Atlantic Airways aircraft have so that will be better to fly to and land in the Faroe Islands, and the company expects to receive an answer with regards to this sometime in April, said Mariam Skovfoged, the SAS Head of Media Relations, according to Kvf.fo in March.

Last winter SAS has flown to and from the Faroe Islands three times a week and not five times as it did to begin with. It is still uncertain when SAS will connect Copenhagen to the Faroe Islands with more than three weekly flights again but it will be announced in the near future, reported Kvf.fo in March.

Kvf.fo added that Mariam Skovfoged expects that SAS will connect Copenhagen to the Faroe Islands on a daily basis as summer approaches.