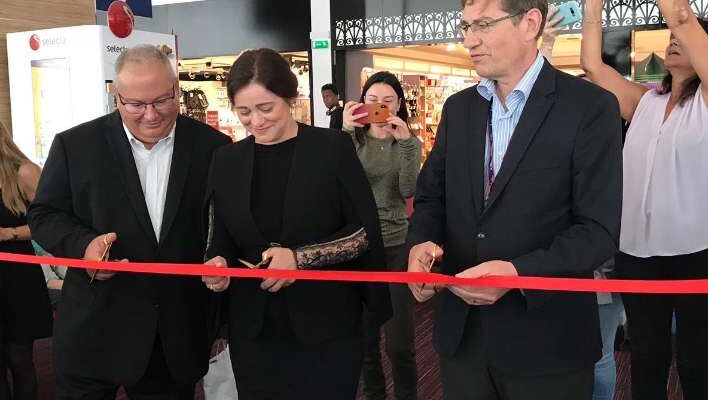 Earlier this week, Atlantic Airways, the national airline of the Faroe Islands, started service between the Faroes and Paris, Charles de Gaulle.

The inaugural flight was fully booked, and the airline was quite naturally in a joyful mood as it offered its 170 passengers a nice glass of champagne and a delicious sandwich – as well as a classic French Macaron. The new route was then formally celebrated at Paris, Charles de Gaulle after the inaugural flight landed.

The airline’s Airbus A319 aircraft will operate the route three times a week till the end of September, followed by 2 weekly flights until Christmas.

Flights between the Faroe Islands and Paris are currently operated on Mondays, Wednesdays and Fridays.

It is understood that Atlantic Airways plans to fly five times per week to Paris in 2020.

Direct flights from Paris Charles De Gaulle, coupled with an interline cooperation between Atlantic Airways and Air France, will greatly increase the accessibility of the Faroe Islands to travelers from all over the world who would like to experience the Faroe Islands as a travel destination.