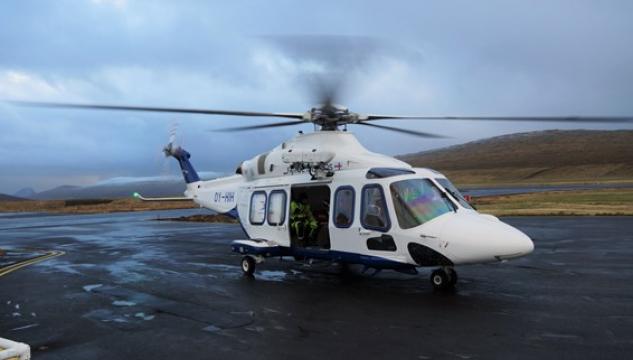 In the past three years, Atlantic Airways’ helicopters have spent 46 hours rescuing injured foreigners, stated Høgni Hoydal, the Minister of Fisheries in the Faroe Islands, in a reply to MP Kári P. Højgaard.

Mr. Højgaard had asked him how often Faroese helicopters have rescued foreign nationals in the past three years.

The minister added, according to Kvf.fo, ”that the helicopter service does not claim any compensation for such operations.”

Earlier this month the Atlantic Airways rescue helicopter was called out as a tourist had fallen into Ravnagjógv, an ominous gorge on the island of Vágar.

The tourist received some form of injury from the accident and he/she was then taken to the national hospital in Tórshavn.

This is not the only tourist-related accident in the unforgiving Faroese mountains this year.

In April, a Danish woman suffered an injury to her foot while out with her partner on a walk along the Faroe Islands’ largest lake to the waterfall ”Bøsdalafossur” on the island of Vágar.