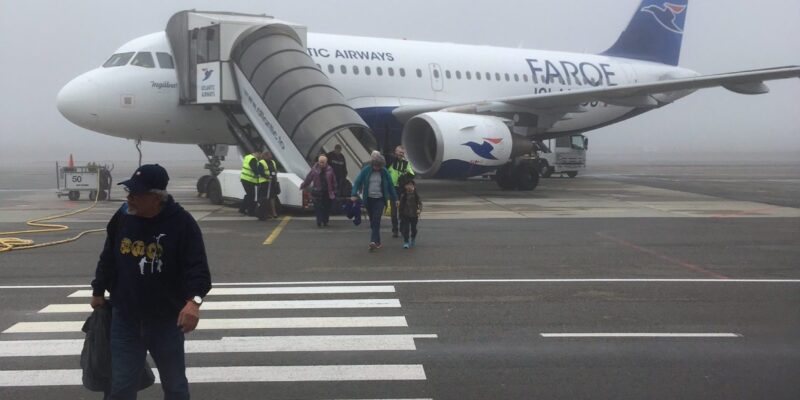 The fog season has officially begun in the Faroe Islands.

It has been very foggy in the North Atlantic archipelago today – as it often is in this part of the world in July -, and this has had a negative impact on air traffic in and out of the Faroes.

There have been major delays throughout the day, and several Atlantic Airways-airplanes have not been able to land as usual due to the foggy conditions and have been circling around the Faroe Islands waiting for the fog to clear out.

The Atlantic Airways flight from Copenhagen had to make a detour to Bergen after one hour of circling around the Faroes before returning and circling around for another hour before it was finally able to land safely.

Meanwhile, SAS cancelled its flight from Copenhagen to the Faroes today.

Image: The Atlantic Airways flight from Reykjavík arrived at 13.20 today. It was originally scheduled to arrive at 11.40.
Credits: JH Leo