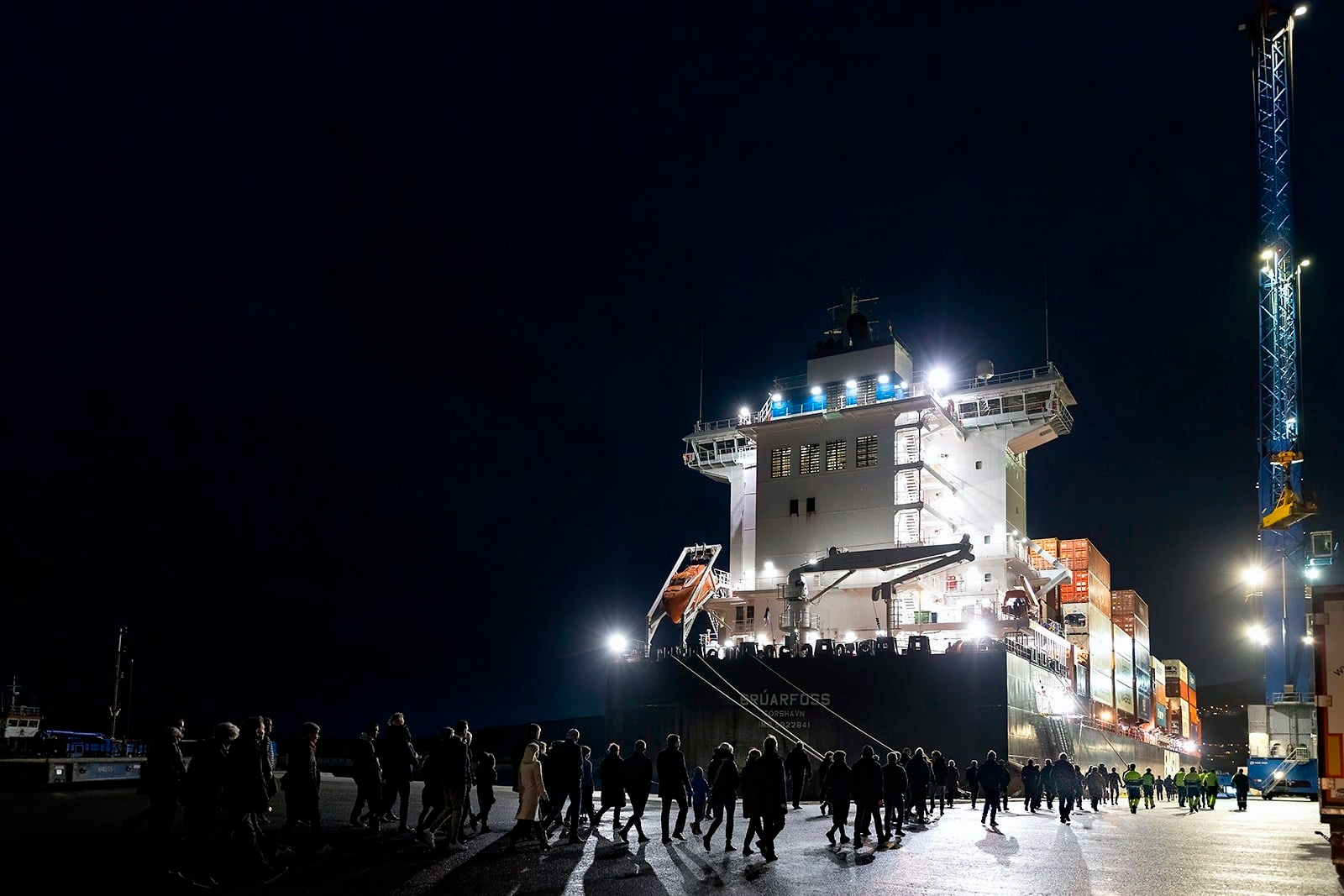 Eimskip’s new vessel, whose homeport is in Tórshavn — where the Icelandic shipping company’s Faroese subsidiary Faroe Ship is headquartered — has been in operation for nearly a year; however, due to the ongoing health crisis, the christening of the ship was delayed until last weekend when it finally could take place.

A fairly large group of people gathered for the launch party at the Fort Wharf, including dignitaries such as the Mayor of Tórshavn Heðin Mortensen. Faroe Ship’s veteran employee Eva Rein, who recently celebrated her 50-year job anniversary, had the honor of doing the ceremonial breaking of a bottle of champagne on the hull of the ship.

The Brúarfoss, along with sister ship Dettifoss and Royal Arctic Line’s container vessel Tukuma Arctica, call at the port of Tórshavn every week as part of Eimskip’s scheduled sailings. The vessels transport cargo between the Faroe Islands, Iceland, Greenland, Denmark and Sweden.

“This is a historic occasion,” Mayor Mortensen noted in his speech. “This is the first time we are holding a launch party at the new Fort Wharf.”

Mr. Mortensen added: “Over the years Faroe Ship as a company has been of immense importance fyri Tórshavn. The company is now more than a hundred years old and is nowadays a subsidiary of Eimskip. Nonetheless you have preserved your identity and the vessels are registered in the Faroe Islands. The demands of the future require large ships to secure regular and sustainable transport. The fact that the vessel are becoming larger, requires of port facilities to meet the highest standards of service and quality. Here in Tórshavn it means we will not rest on our laurels but will continue to participate in this development.”