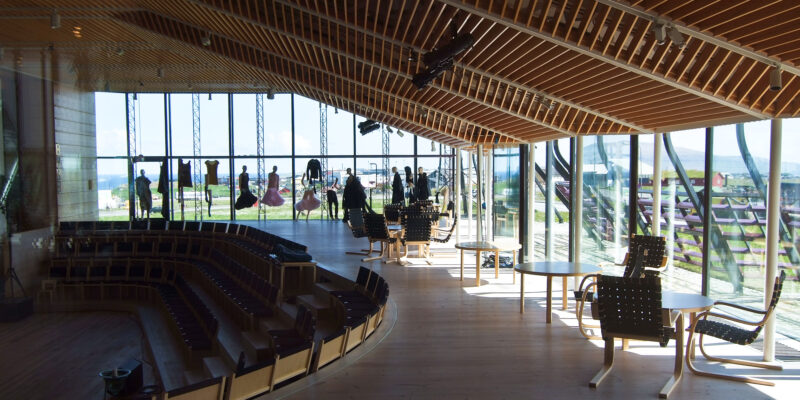 On 8-9 May, politicians, researchers, business people, ambassadors and others will gather in the Faroe Islands for an Arctic Forum conference called Arctic Hubs. The aim of the conference is to shed light on topics of importance for the countries in the arctic region.

The main topics will be prospects for new and existing business, communication and infrastructure, and demographic challenges and possibilities for communities in the arctic region. The extensive programme includes lectures, presentations and discussions and up to one hundred speakers.

The Arctic Hubs conference, which will be held in the Nordic House in Tórshavn, is organised by the Faroese Ministry of Trade and Foreign Affairs in cooperation with the Arctic Circle organization.

“The Arctic and the Northern regions have in recent years gained global importance, with all the leading economies in Asia and Europe, together with the United States and Russia, seeking an enhanced role,” says Ólafur Ragnar Grímsson, former President of Iceland and Chairman of the Arctic Circle. “These fundamental changes provide the Nordic countries, especially the Faroe Islands, Iceland and Greenland, with a wealth of new opportunities. During the Arctic Hubs Forum in Tórshavn, an international gathering of participants will – together with Faroese representatives – discuss this new position for our nations and other Arctic partners.”

“The Government of the Faroe Islands is pleased to have the opportunity to host this Arctic Forum,” says Poul Michelsen, the Faroese Minister of Trade and Foreign Affairs. “In recent years, the Arctic Circle conferences have become the largest international networks that deal with arctic affairs. This conference is, therefore, a great opportunity for the Faroe Islands to showcase itself as a partner in the arctic region.”

The arctic region has become a hot topic internationally in recent years. From being a region that has been almost solely of interest for research, it is now at the heart of international politics. The Faroe Islands is a member of the Arctic Council and has taken part in the arctic cooperation since the council was established in 1996. The Arctic Council member countries are Canada, the Kingdom of Denmark (Greenland, Denmark and the Faroe Islands), Finland, Iceland, Norway, Sweden, Russia and the USA. Other countries, such as China and South Korea, have been given observer status in the council, and other countries are looking to join the arctic cooperation.

Other speakers at the Arctic Hub conference will be the Prime Minister of the Faroe Islands, Aksel V. Johannesen, Icelandic Minister of Transportation and Local Government and former Icelandic Prime Minister, Sigurður Ingi Jóhannsson, Scottish Minister for International Development and Europe, Dr Alasdair Allen, Danish Minister of Foreign Affairs, Anders Samuelsen, Special Representative for Arctic Affairs of the People’s Republic of China, Gao Feng, Mayor of Tromsø, Kristin Røymo, EU Ambassador at Large for the Arctic, Anne-Marie Coninsx, and Ambassador for Arctic Affairs of the Republic of Korea, Kang Jeong-sik.

More information about the conference and registration can be found at www.arctichubs.fo.