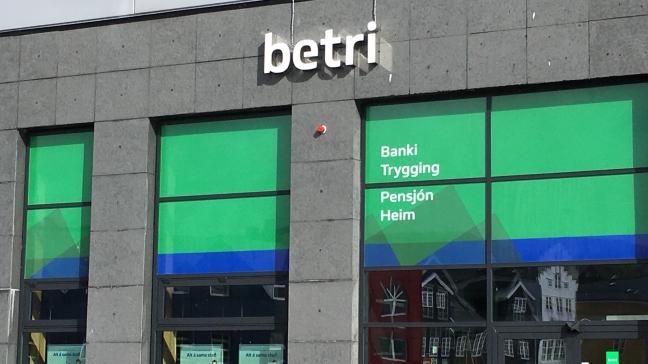 Bjørn Mortensen was a temporary solution when Súni Schwartz Jacobsen last summer resigned prematurely from his position as manager.

“A bank cannot function without a manager,” says Birgir Nielsen, chairman of the board at the Betri Consortium.

He defends the decision to pay the interim bank manager more than 22,500 kr. per day.

Bjørn Mortensen, who is a Danish national, was first elected to the Betri Bank board on 21 April 2017. Less than three months later, on 13 July, Súni Schwartz Jacobsen suddenly resigned from his position as manager.

The following day Bjørn Mortensen was appointed as the bank’s interim manager.

The Betri Bank accounts, which have now been published, show that Mr Mortensen received a total salary of 1,730,000 kr. for the 77 days between 14 July to 29 September last year.

Similar salary as the previous manager

Birgir Nielsen said that the contract was valid for approximately six months, and that the salary was decided to be the same as the one Súni Schwartz Jacobsen had received.

Seventy-seven days in the job

Birgir Nielsen added that it can be extremely difficult to find a qualified bank manager at short notice.

At the end of September 2017, a new bank manager was hired from within the Betri Consortium.

Previous articleBakkafrost: – We have a duty to ensure we act sustainably
Next articleMan faces 41 charges of sexual child abuse