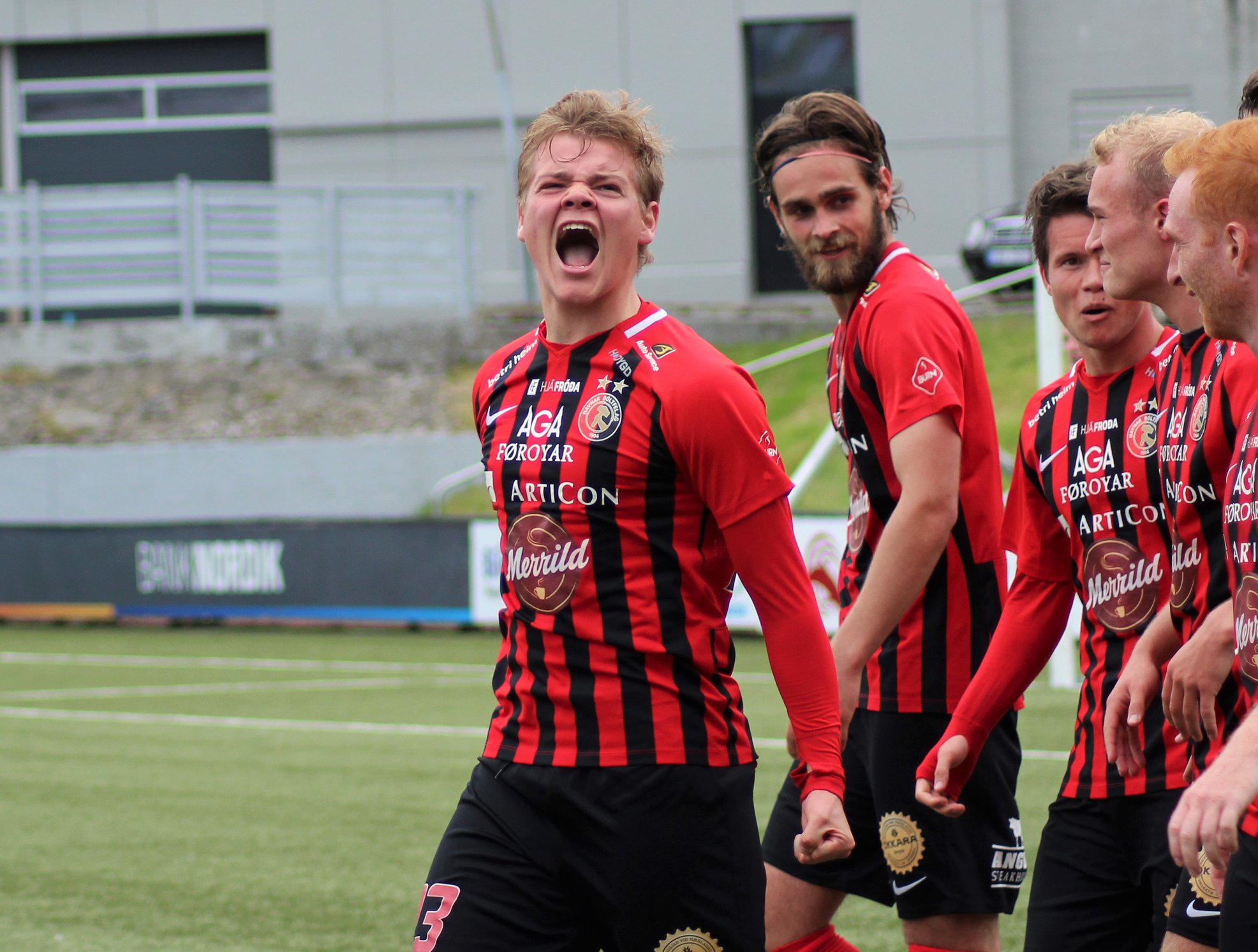 With the recent news that HB defender Magnus Egilsson will sign for Icelandic former champions Valur next season (and in the process join fellow countryman Kaj Leo í Bartalsstovu), it has taken the number of Faroese male footballers playing overseas to a record high of 49.

When the Faroe Islands played their first competitive match in 1990, in the famous win against Austria, the team was compiled of amateurs, with not one player plying there trade abroad. Things have dramatically changed since then, with consistently at least 6 or 7 of the current squad playing in foreign lands.

If you break down the 49 players playing abroad, you will see Faroese natives across a variety of countries, with six now in Iceland, one in England, one in Germany, one in the United States (University football), six in Norway, and not surprisingly at the top, 34 in Denmark. This means that an astonishing 0.09% of Faroe Islands overall population (last reported at 51,783 in June 2019) are playing football overseas.

If you examine this even further, the estimated number of Faroese males between the age of 15 and 42 is 9.200, meaning an incredible 1 in every 188 Faroese males in the age group are playing football abroad at either professional or semi-professional level. For context, using the same formula would equate to England having 49,250 of there same-aged male inhabitants playing football abroad, almost the entire population of the Faroe Islands!!

Of these 49 players, 18 are at a professional club, with five in Iceland, one in England, one in Germany, four in Norway and six in Denmark. In addition to 12 being at professional academies, and the final 19 at a semi-professional level. In one of my previous article I already reviewed how the Faroe Islands has a 86% increase in the population being professional footballers (1 for roughly every 350 Faroese males) compared to England.

The article can be found here.

With the rise of foreign agents and scouts exploring the Faroese footballing leagues for new talents, and various clubs such as Danish giants FC Midtjylland (currently have four Faroese players signed: Jakup Thomsen, Heini and Hanus Sørensen and Áki Samuelsen) partnering with Faroese footballing youth schemes. The future certainly does look accessible and bright for young aspiring Faroese footballers looking to break into the professional game.

This in turn also aids the national side, as players at overseas clubs will greatly improve due to being in a professional set up (instead of the semi-professional Faroese leagues), with better access to facilities and coaching, as well as facing tougher opponents in superior leagues.

Throughout Faroese footballing history, there have been numerous prosperous exports to foreign countries, including FC Copenhagen former top goalscorer and now hall of fame member Todi Jónsson, who also holds the distinction of being the highest-scoring foreign football player in the Danish Superliga. As well as legendary goalkeeper Jákup Mikkelsen who was the first-ever Faroese to win a league championship in any other country than Faroes, doing so in Denmark with Herfølge in 2000. Showcasing just a couple examples of the many Faroese footballers who thrived abroad.

And with the number of Faroese footballers being signed by international clubs higher than ever before and constantly rising, the conveyor belt of successful Faroese exports certainly does not look like dwindling any time soon.