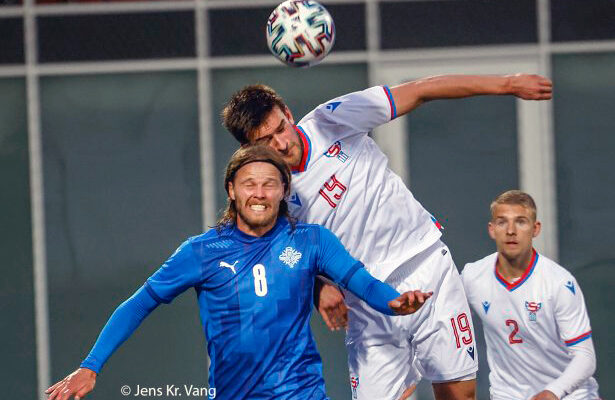 The Faroe Islands were narrowly beaten 1-0 by Iceland in a close-fought affair. Both nations played some attractive football in a decent spectacle, but Mikael Anderson’s emphatic finish from the edge of the box after a neat knockdown header from Albert Guðmundsson, 20 minutes from time, was enough to give Iceland the victory. Nonetheless, the Faroese side had plenty of chances to win the game themselves, notably a fine first-half effort from Brandur Hendriksson, which produced a great save from goalkeeper Ögmundur Kristinsson. In addition to a glorious one-on-one chance for Klæmint Olsen to draw level, and a bizarre offside goal for Heini Vatnsdal in the closing stages, in which he heartbreakingly got in the way of Odmar Færø’s legitimate goalward bound effort.

The Faroe Islands didn’t just create various scoring opportunities but also limited Iceland to just three shots on target. And will feel great pride in producing a confident and dynamic team performance, even if the result wasn’t the justified one. It’s a testament to the attacking, possession-based ethos and tactics that coach Håkan Ericson has instilled in the team over the last 18 months. And this was shown in the statistics that the Faroes had 54 percent of possession, impressive against a country ranked 52nd in the world.

The match also marked the 50th cap for Viljormur Davidsen, and in doing so, he becomes the 19th player in the country’s history to achieve the illustrious feat.

Next up for the Faroe Islands is Liechtenstein at Tórsvøllur on Monday at 19:45 GMT, and a chance for Sølvi Vatnhamar to join the 50-cap club.