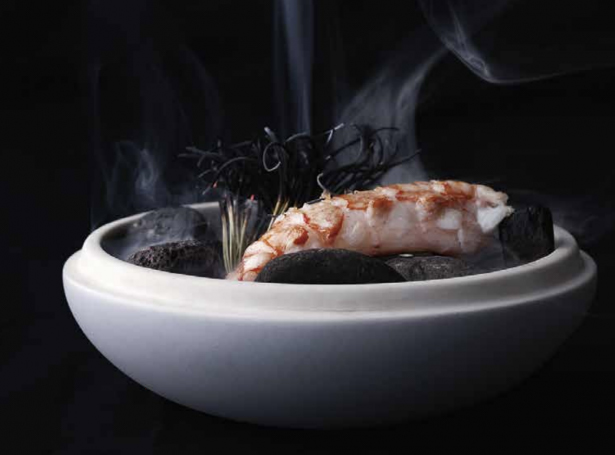 On December 9th, the American business magazine Forbes published a list of the ‘The 10 Coolest Restaurants for 2021’. Included on the list is Koks, the Faroe Islands’ flagship and only Michelin star restaurant.

The list includes restaurants in the U.S., Chile, Japan, Spain, Austria, Thailand, France, Wales, and the Faroe Islands, with Koks the only Nordic establishment mentioned.

Film producer Kristian Brask Thomsen, who has made Koks the centerpiece of his second culinary film, Michelin Stars II, currently in production, describes his experience of visiting Koks as follows:

“KOKS is an almost mythological place in a hobbit setting; a two-star Michelin restaurant situated in a low-ceilinged farmhouse with grass on the roof, at the corner of luscious green fields surrounded by rolling hills and a lake filled with trout, isolated on an archipelago in the middle of the Nordic Seas. KOKS is a restaurant not only trying to be or show sustainability but living it at its core. A vast majority of the produce is sourced within a few miles of the restaurant, in the surrounding hills and ocean. Working with small producers and personally acquainted scallop divers, seaweed experts, hunters and fishermen, KOKS is a boundless depth of pristine culinary beauty.”