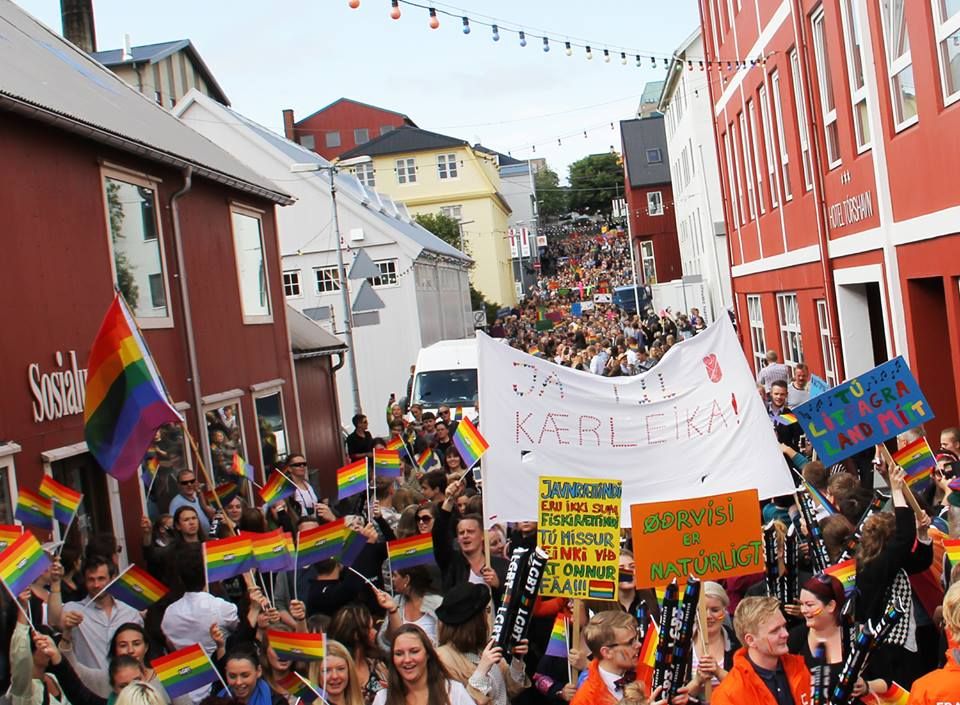 This year’s crowd will as usual march from outside Tórsvøllur Stadium to the center of Tórshavn where popular local acts such as Kim Hansen and Jens Marni Hansen will perform, while local secondary school teacher Kinna Poulsen will give a speech.

Pride always takes place on the day before Ólavsøka, the national holiday in the Faroe Islands.

Thousands of people, young and old, usually take part in the colorful pride celebrations, the equivalent to as much as 10% of the entire Faroese population. In addition to flags and banners, the parade is characterized by families with strollers and children.

Many renowned foreign and Faroese personalities have spoken at Faroe Pride in recent years, including former American ambassador to Denmark, Rufus Gifford, and the former mayor of Reykjavík, Jón Gnarr. Past Faroese speakers include the then mayor of Tórshavn, Heðin Mortensen, in 2012 and local priest Marjun Bæk in 2015.

LGBT Faroe Islands was founded in 2011.

Same-sex marriage has been legal in the Faroe Islands since 1 July 2017.

Previous articleFaroe Islanders monitor puffins’ nesting holes to gain a better understanding of the puffin population
Next articleIceland is the safest country in the world, according to Institute for Economics and Peace – but how safe are the Faroe Islands?